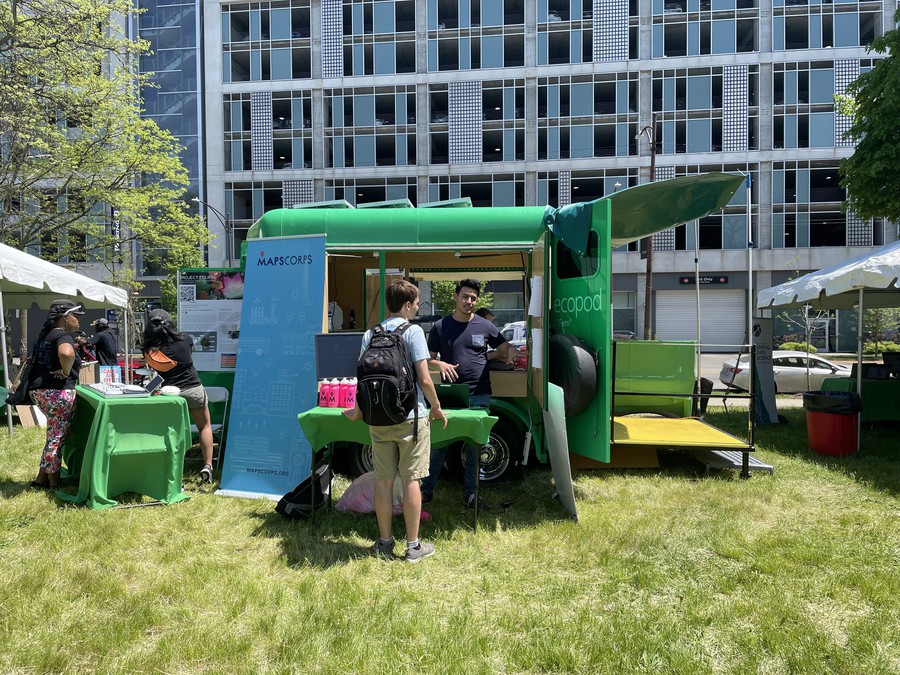 A team of Microsoft researchers demonstrated Project Eclipse, an array of more than 100 low-cost air pollution sensors, on May 13 at the DuSable Museum of African American History in Washington Park. The project, built in collaboration with professors and students from the University of Chicago, provides real-time data on air pollution and other environmental measurements through an open and accessible tool. public website.

This data includes information on four key gases – carbon monoxide, ozone, sulfur dioxide and nitrogen dioxide – and particles less than 2.5 microns in diameter (PM2.5). This data allows researchers and the public to assess the air quality of their neighborhood against the Air Quality Index (AQI) in real time.

“It’s probably one of the densest [sensor] networks in any city in the United States, and as it stands, it’s the only one that works in real time,” Roseway said. “There are other sensors like…PurpleAir, but they tend to be in predominantly white neighborhoods. And they need infrastructure like Wi-Fi.” Project Eclipse’s use of cellular connectivity means that sensors rely on minimal existing infrastructure QR codes at each Project Eclipse bus stop redirect to the project website.

“The Eclipse Project was originally designed to be deployed in partnership with local environmental justice nonprofits so that the data had a specific audience and user group who could use it to build an evidence base for their work,” said Anne Dodge, executive director of the University of Chicago’s Mansueto Institute for Urban Innovation.

Microsoft offered micro-grants to its nonprofit partners, compensating time and labor invested in the project. Dodge says that kind of community integration is key. This type of research is “not necessarily just the scientists looking at the data and coming to conclusions, but it’s the communities [being] in dialogue from the beginning and able to ask questions about the data.

The Mansueto Institute has worked with the Washington-based Microsoft team for years. Christina Shaw, an undergraduate researcher at the institute, has helped install and manage sensors over the past year.

In addition to sharing information about Project Eclipse, the Microsoft research event marked the second appearance of the EcoPod, a solar-powered trailer equipped with displays, models and posters for public engagement. The Urban Innovation group hopes to use Eclipse and the EcoPod to build civic engagement on climate and environmental justice issues. Roseway called the event a “model of hybrid civic engagement” and “a way to have open and transparent conversations about technology and data.”

The event also hosted a number of other Chicago community groups and university research teams working on environmentalism issues. Volunteers from the racial and environmental justice group Blacks in Green, as well as the University’s Field Museum and Center for Spatial Data Science, exchanged business cards and literature. Indeed, with strong attendance at the event, Urban Innovation Group’s “hybrid citizen engagement model” was in action.