PITTSFIELD – The Koussevitzky Arts Center at Berkshire Community College (BCC) announces the artist’s opening Dorothy Sabean’s exhibition, “From the street to the elite and the curiosities in between”, on view until November 16. The opening hours of the gallery are Monday to Friday, 9 a.m. to 5 p.m.

Sabean, a visual artist who works with mixed media, is a ‘relentless collector of visual details, pop culture minutiae, political zeitgeist, obscure facts, literary references, and anything deemed worthy. of the neurotic gaze. His art was first exhibited to the public in the early 2000s at the Sarasota Chalk Festival in Florida, one of several major street painting festivals held across the southern and western United States. from all over the world, Sabean painted in the streets and taught young artists in chalk for many years.

In 2011, tired of seeing her works hurtling down the street in the pouring rain, she pursued a training in art on canvas in Saint Petersburg, Florida. In 2014, his book “Seventh of Eleven: An Illustrated Memoir” was published. In this collection of drawings and essays, she tells about her childhood in the 1970s as the seventh child in a family of eleven children. In recent years, Sabean has moved to the Berkshires from Massachusetts, his home state. 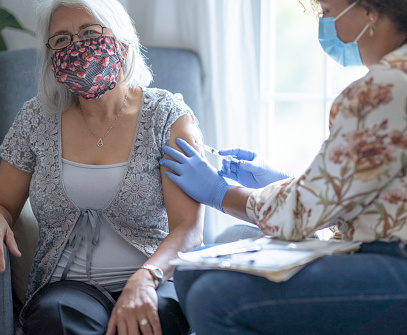 ADAMS NORTH – Editor-in-chief of the Wall Street Journal Bob davis will be the 2021 Hardman Journalist in Residence at the Massachusetts College of Liberal Arts (MCLA) from November 1-2. As part of his residency, he will offer a community conference To 6 p.m. Monday, November 1, in the first floor atrium of the MCLA Feigenbaum Center for Science and Innovation. This event is free and open to the public, and will be delivered in person with a hybrid virtual option. To register for the in-person or virtual conference, Click here.

Davis is an editor who covers economic issues outside of Washington DC and focuses on the trade and economic struggle between the United States and China. He is the co-author of a combat book, “Superpower Showdown”. From 2011 to 2014, he was stationed in Beijing, where he covered the Chinese economy. Prior to disembarking in Beijing, Davis led economic coverage during the global financial crisis and reported on Washington’s response to the Asian financial crisis. From 2004 to 2007, he was the Journal’s Latin America bureau chief, based in Washington, DC, and covered the resurgence of populist politics. Under his leadership, the office won the Overseas Press Club award for Latin America coverage in 2005. He was Brussels bureau chief of the Wall Street Journal in 2001-2002 and was responsible for European Union coverage. .

In 2000, he received the Raymond Clapper Award for Reporting from Washington for covering the White House negotiations with China on the World Trade Organization. A year earlier, he was part of a team of Journalists who won the Pulitzer Prize for International Reporting for coverage of the Asian and Russian financial crisis. In 1998, he co-authored “Prosperity”, which was selected by Business Week as one of the top 10 business books of the year.

LENOX – Author Cornelia Brooke Gilder will come back to Ventfort Hall Mansion and Golden Age Museum give a talk on The history of the scrub farm, Saturday November 6 at 3:30 p.m.

As the Town of Lenox considers a new housing proposal for the long underused Brushwood Farm property on Route 7, local historian Gilder will take us back to when it was the sisters’ working farm. Godwin. Drawing on albums and art portfolios in the New York State and Georgia Archives, Gilder will trace the era of Elizabeth (Lovie) and Frances (Tiny) Godwin athletic, creative and civic , great-granddaughters of influential newspaper editor William Cullen. Bryant.

The Godwin sisters were active in horse shows, parades and flower shows at Lenox, and were the founders of Berkshire Industries, a company based at the Lenox Academy to market crafts, metalwork, pottery and art. locally made during the Great Depression.

Gilder co-wrote, with Richard S. Jackson Jr., “Houses of the Berkshires, 1870–1930”, named Honorary Book by Historic New England; author of “Edith Wharton’s Lenox”; co-wrote, with Julia Conklin Peters, “Hawthorne’s Lenox: The Tanglewood Circle”; and with Joan Olshansky, wrote “A History of Ventfort Hall”. Gilder also contributed to the exhibition “A Walk in the Country: George Inness and the Berkshires”, presented at the Clark Art Institute.

PITTSFIELD – The Lee Bank Foundation awarded the Berkshire Museum with a grant of $ 13,500 in support of the new Mobile Museum Unit (MoMU) program. The investment will fund community testing, deployment to community sites, quarterly updates and location changes. The bank’s support for the program is in addition to funding from the Feigenbaum Foundation, which has funded the construction of the first 30 MoMUs that will be deployed in the galleries and locations of the Berkshire Museum in the Berkshires by 2022.

Mobile Museum Units, or MoMUs, are portable, self-contained units that can be displayed inside the museum or delivered to locations in the area to invite community members of all ages to explore new ideas and take an interest in objects in the museum’s collection. Each unit tells a unique, interdisciplinary story through colorful and informative graphics on the exterior of the case and a selection of art, science and history objects inside.

The first MoMUs were delivered and equipped by the Berkshire Museum earlier this year and new MoMUs are continually being equipped. Several are currently on display in the museum’s galleries:

“The MoMUs demonstrate our commitment to serving the region by bringing objects and stories outside our walls to make our collections more relevant and accessible – something we have been doing by enriching schools and the community for over. 90 years old, ”said Craig Langlois, co-co-interim. Executive Director, Experience Director and MoMU Program Architect.

This fall, the Museum’s educational team is working with local educators to develop special MoMUs for their schools and classrooms. Each mobile school exhibit will be tailored to fit the curriculum, goals and needs of a class while meeting relevant learning standards. MoMUs who explore underwater life will be the first to arrive at Allendale Elementary School and the early childhood education class at Taconic High School. Soon, units depicting the history of the indigenous Mohican people of the area will begin to travel to the many elementary schools in Pittsfield. Educators interested in partnering with the museum to create their own MoMU are encouraged to contact Education Officer Liz Anglin at [email protected]

Bitcoin and the philosophy of free choice