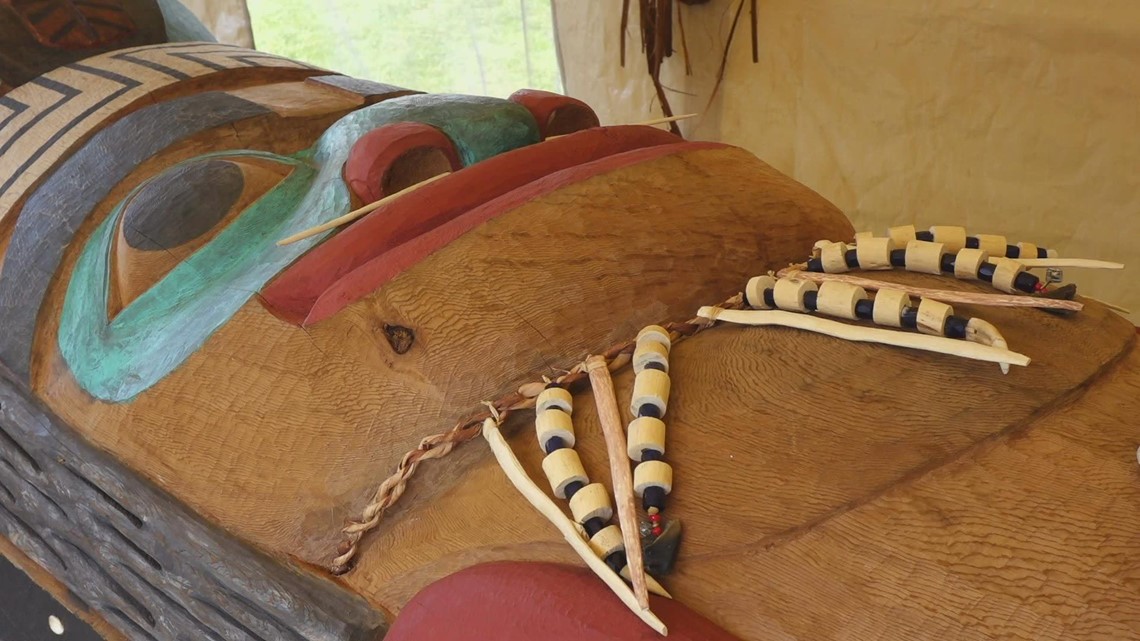 Fred Fulmer Sr. is a Tlingit artist whose latest totem pole will be on display at a new state-of-the-art museum owned by the Huna Tlingit tribe in Alaska.

EVERETT, Wash. – Fred Fulmer Sr. has been working on his passion project for over a year.

This is not uncommon in his profession.

Fulmer said it was well worth his time to preserve history and preserve his heritage for future generations. Fulmer is a Tlingit artist who says he is following in his great-grandfather’s footsteps as a totem pole carver.

The Tlingit are indigenous peoples of the Pacific Northwest coast of North America. Fulmer said his inspiration for the totem pole came to him in his dreams.

“My dream was a vision of Alaska about three or four hundred years ago and the idea of ​​honoring my ancestors came to me,” he said.

Fulmer has nearly completed his 16-foot totem pole which was acquired by the Hoonah Indian Association in Alaska. The Huna Tlingit people have lived in the southeast Alaskan archipelago for several hundred years.

“My grandmother lives in Hoonah, so it’s personal and the totem will be featured in a new state-of-the-art museum the tribe is building, which is an honor,” he said.

The cedar log used by Fulmer is approximately 650 years old. He titled his project “The Ancient Ones”.

The tedious work is done using hand tools and each chip of wood represents a swing of the arm. Fulmer said Indigenous art is a way to communicate and preserve stories through symbolism.

“Indigenous culture is oratory, we didn’t have books and stuff like that and so carving totem poles is a way of recording our history,” he said.

The totem pole has several layers depicting tribal ancestors and a shaman standing atop the mountain. Copper shields represent native wealth and Fulmer said he used this symbolism to represent the sharing of a wealth of knowledge.

“It’s about honoring our ancestors and suddenly I’m able to pass on my knowledge to my son and to subsequent generations,” he said.