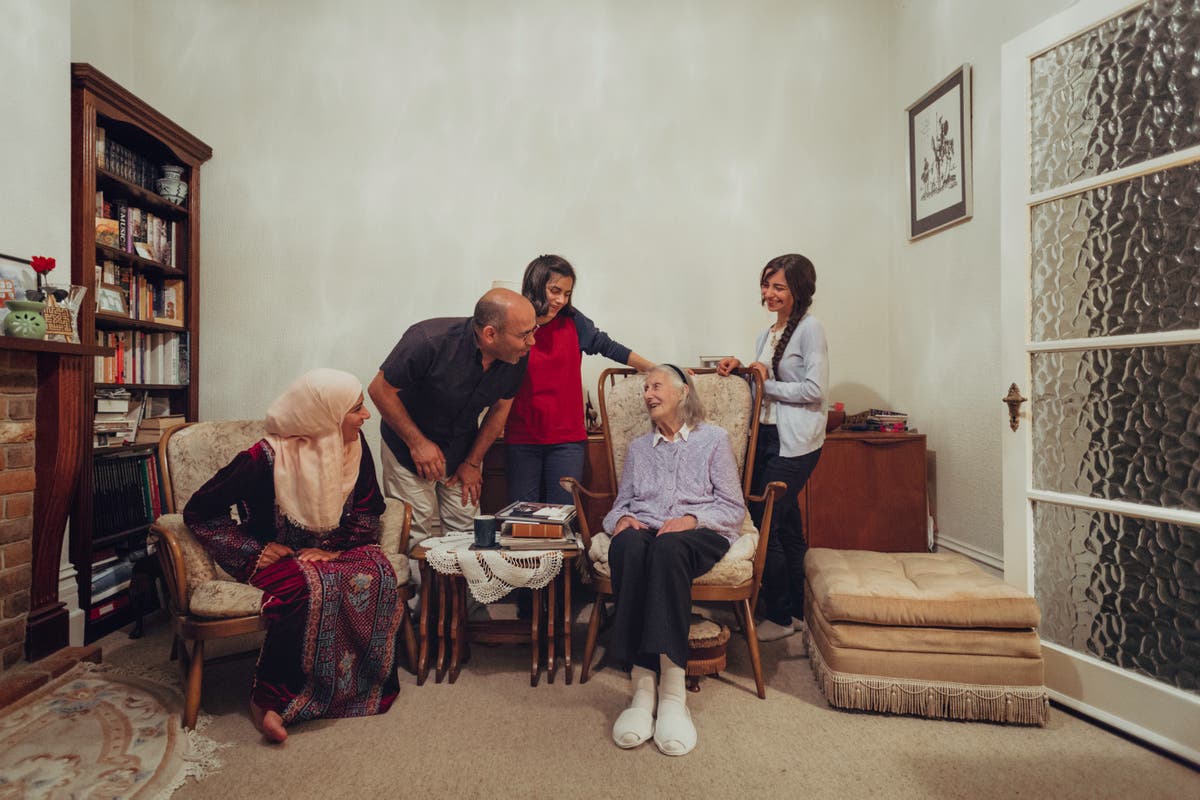 he House Museum was forced to withdraw one exhibit in a row due to the continued presence of a statue of a slave trader on its site.

The Hoxton-based museum, formerly known as the Geffrye Museum, is housed in former almshouses built with the money of Sir Robert Geffrye who made his fortune in the slave trade.

His statue stands outside, and his presence has prompted a boycott of the museum by local teachers as well as regular protests campaigning for its removal.

The family of East Londoner Pat Robbins were so offended by the statue that they asked the museum to remove his photograph from its galleries.

The photo, which showed the pensioner at her home in Wanstead with the Syrian refugee family who cared for her during her final years, had been on display at the museum along with an audio installation explaining her story.

Her son Glyn Robbins said the refugee family had lived with his mother for seven years before her death in 2019.

He said: ‘Mum had Alzheimer’s and the family cared for her with a love money can’t buy.

“She provided them with a home and they became part of our family.”

He said he was initially delighted to see the photograph on display until he heard about the statue.

Mr Robbins said: “We have had various discussions with them, arguing that the photo, with all its human qualities, is incompatible with commemorating a slaveholder.

“So we said they had to choose between the statue and the photo. They chose the statue and say they will take the photo down – a shockingly bad decision from an institution that calls itself anti-racist.

The museum said it planned to move the statue to a less prominent site on its grounds and its director, Sonia Solicari, said she was “confident” a planning application to do so would be filed soon.

In an email to Mr Robbins, she said they agreed to remove the photo with ‘great regret and sadness’ and hoped it could be displayed again after the statue was moved.