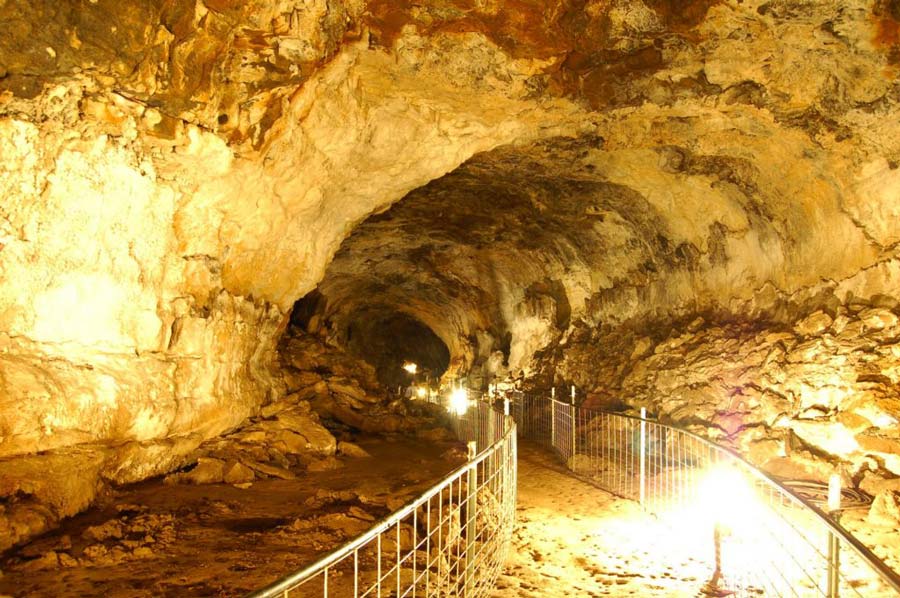 The following is a press release and photos from the Shoshone Bird Museum of Natural History.

SHOSHONE — Idaho’s Mammoth Cave is opening an additional natural history museum next week honoring the late Richard Arthur Olsen, who founded and curated this famous Idaho landmark before he passed away in 2019.

Continuing their founder’s mission of educating those who want to learn more about natural objects, world histories and diverse cultures of the past, visitors to the Richard Arthur Olsen Museum of Natural History will gain an immense understanding and appreciation of the different time periods. Of the history. Exhibits will include an incredible array of fossils, rocks, gems, animals, and cultural artifacts from around the world.

“We are thrilled to be able to share this wonderful collection which benefits local communities and visitors from around the world,” said Owner Manager Katie Ann Olsen. “Since our father passed away, our number one goal has been to carry on his legacy of love for nature and history. He was fascinated by the world around him, and his desire to share the things he found and collecting led him to plan this additional natural history museum.He was a great blessing to us all, and his legacy must live on as a testament to who he was.

The Richard Arthur Olsen Museum of Natural History will open on June 11.

As you drive through southern Idaho on Highway 75, you will see the sign for “Idaho’s Mammoth Cave & Shoshone Bird Museum Of Natural History” eight miles north of Shoshone.

If you take the time to drive the dusty mile of highway, you’ll discover what a beautiful rough diamond awaits and what a rich history it has. It’s a place where ancient lava flows mark the land and where harsh winter winds and snow feed the explosion of lush wildflowers and sagebrush.

Our founder, Richard Arthur Olsen, was an eccentric man with an incredible love for nature, history and the outdoors. He was an avid hunter and collector who traveled the world and brought back almost anything you could imagine. Its collection is an incredible mix of animal and bird mounts, long-forgotten fossils and artifacts from ancient people. He was his own taxidermist, and most of the mounted animals you’ll see were the painstaking work of his own hands.

As a high school student, Richard Arthur Olsen discovered Mammoth Cave in Idaho in 1954 while hunting bobcats in the area. He was with a girlfriend at the time and stumbled upon the entrance. He convinced her to explore the cave with only one flashlight. He liked to laugh at the way they made their way through the cavern, his excitement and imagination growing all the time. Expecting to find treasure at any moment, his frightened and unhappy girlfriend cried all the way in and out. It was love at first sight for him, and he decided he wanted to share this beautiful cavern with the world.

He started with several different ideas, first deciding to grow it under the Small Plot Law, growing mushrooms in perfect conditions of darkness and humidity. You can still walk on the remains of these mushrooms today while exploring the cave (but don’t eat them, as they have become poisonous over such a long period of time!).

After the mushroom adventure didn’t work out the way he planned, he decided to share his dream with the world. At the time, he only had one diesel generator that powered the lights in the cave. This didn’t prove too successful either, as if the generator ran out of fuel – or in most cases simply failed – it would leave the visitors stranded in the dark and Richard would have to come down and rescue them. Later he decided to use propane lanterns which lasted several hours. Today we use battery powered lanterns which have proven to be very safe, reliable and efficient.

Richard built his house next to the cave with the help of his oldest children. It is a four-story A-frame that was built almost entirely from scrap wood from a local sawmill. It still stands today, along with the remnants of the original early museum built in the same way.

In the 1960s, during the Cold War, the US government asked Richard to use the cave as a civil defense shelter in case the United States suffered a nuclear attack. They promised him a good gravel road if he would let them put food and provisions in the cave for 8,000 people. There they built a large platform and provided food and water there for the next 20 years.

Today the Shoshone Bird Museum of Natural History and the Richard Arthur Olsen Museum of Natural History are dedicated to the good of the community for the education and enjoyment of all who visit in order to develop a better appreciation of our creator who has created all these beautiful things of nature. . As the largest private collection of its kind in the Northwest, it features artifacts from around the world and four generations of Olsen collections.

The cave has a well established trial and lanterns are provided. If you have flashlights, it’s always a good idea to bring them. It is a self-guided tour that lasts about half an hour. You walk about a quarter mile indoors and a quarter mile outdoors. Wearing a light jacket is recommended as the cave maintains a constant temperature of 41 degrees. With special permission, experienced cavers can go all the way to the end of the cave, which extends another quarter mile from the stopping point. There is no trail there and it is difficult to walk.

We hope that when you pass our “Idaho’s Mammoth Cave” sign on Highway 75 north of Shoshone, you’ll take a chance and discover something rare. We guarantee it will be worth it and we hope to return again and again.