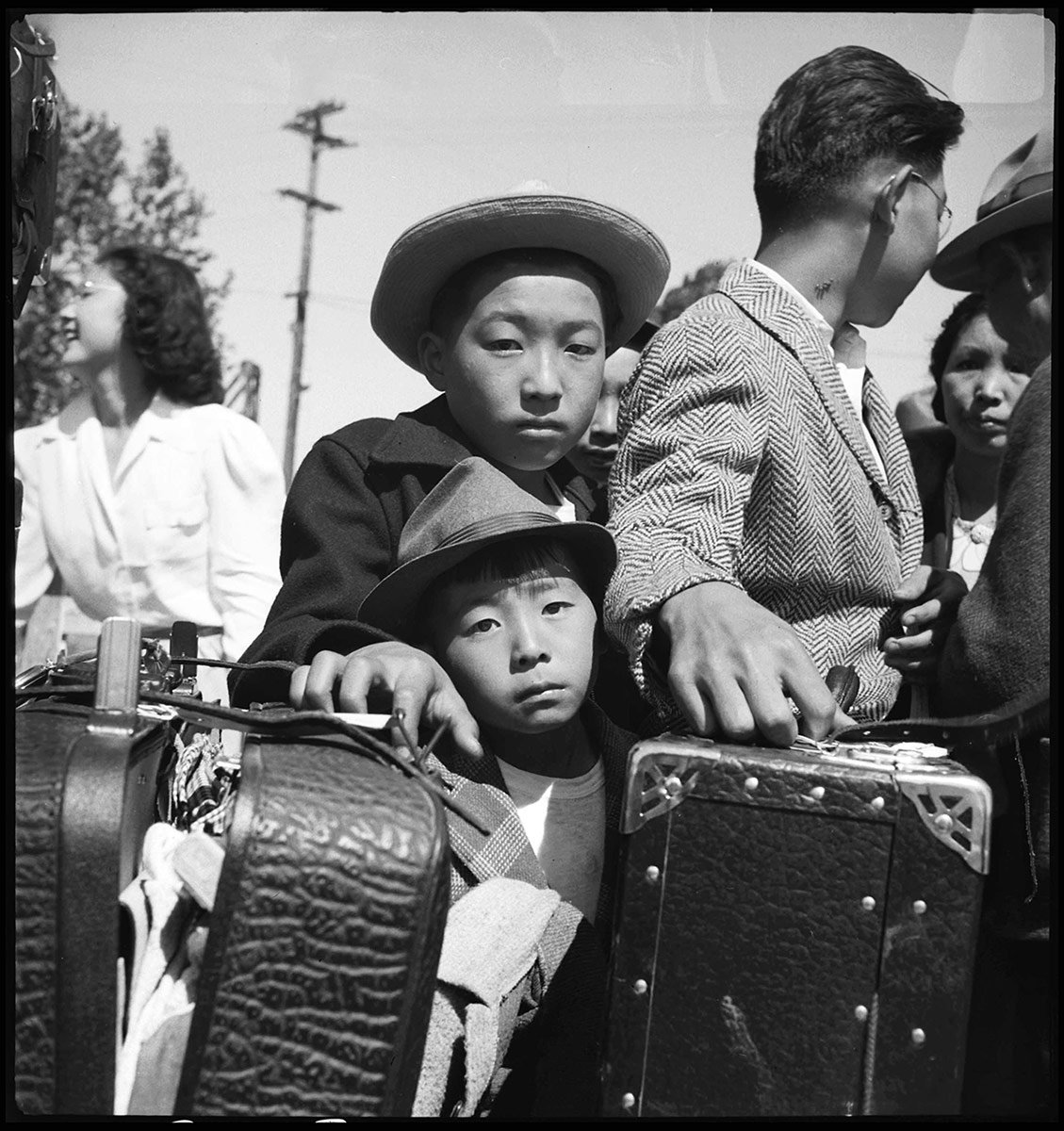 Jewish Museum remembers Japanese internment in new exhibit, ‘So they came for me’

On February 19, 1942, Franklin D. Roosevelt signed Executive Order 9066, interning all people of Japanese descent living in California, Oregon, and Washington State. “So They Came for Me,” the new exhibit at the Jewish Museum of Milwaukee, opens just in time to reflect on the 80th anniversary of what resulted from that executive order – the imprisonment of 120,000 civilians, many of them American citizens. The prisoner did nothing wrong. They were simply members of what was considered the wrong race.

“Then They Came for Me” has already been exhibited in Chicago, New York and San Francisco. For its appearance in Milwaukee, the Jewish Museum incorporated oral histories of Japanese-American families who found their way to Wisconsin after their release. The relevance of the exhibition to the mission of the museum is easy to understand. “It’s a shared experience of prejudice based solely on race, an insole based on race,” says curator Molly Dubin. The relevance to contemporary issues of immigration and social justice is evident.

Although some artifacts of camp life are on display, including objects carved out of wood by prisoners, most of the exhibit consists of photographic display panels accompanied by text. Most of the photos were taken by the most acclaimed photographers of the time – Ansel Adams, Dorothea Lange and Clem Albers – employed by the federal government to document the internment. Eventually, one of the captives, Toyo Miyatke, was able to take some of the photos included in the exhibit.

Stay up to date with today’s news

Subscribe to our free daily email newsletter to get the latest local Milwaukee news, restaurants, music, arts & entertainment, and events straight to your inbox every day of the week, plus a bonus email Week in Review on Saturday.

“Then they came for me” contextualizing the racism that made Executive Order 9066 possible with text that examines legislation intended to slow Japanese immigration to the United States and discriminate against them before the Immigration Act of 1924 does not completely prohibit additional arrivals of Japanese.

Internment photos tell harrowing stories of ordinary civilians caught up in ethnic cleansing, the mass displacement of a population to camps in remote places, usually deserts or swamps. Telltale signage can be seen in a photo: EVACUATION SALE: FURNITURE MUST BE SOLD. The Japanese received pennies on the dollar for real estate as well as personal property. Each internee was only allowed to carry one suitcase in captivity. In 1988, each survivor received $20,000 in reparations.

The photos document long lines of Japanese, dressed in their best Sunday clothes, marching under heavy guard towards the waiting trains. An elderly blind man is helped off a train by soldiers. The faces of the captives are impassive, but sadness and worry seep in. An ugly set of faces can be seen in a photo of a crowd watching a convoy of internees pass by. The jaws are hardened while others smile. A few passers-by seem to be making fun of the Japanese.

Camp life is well documented, including the wooden guard towers topped with machine guns and surrounded by barbed wire. The barracks stand on dusty ground and a woman teaches children on a wooden porch as a school. In one of the largest camps, Manzanar, internees are seen harvesting tomatoes. Some detainees were allowed to find work outside the camps. Others demonstrated their unbroken patriotism by volunteering for the 442nd Regimental Combat Team, one of the U.S. Army’s most decorated units in the European theater. The 12,000 internees who refused to sign a loyalty oath were moved to harsher confinement at Tule Lake.

Although a sign reproduces an air raid warning poster hung in San Francisco, “Then They Came for Me” downplays the panic that followed Pearl Harbor amid endemic anti-Asian racism in American popular culture, and n nor does it investigate political pressure. behind Roosevelt’s fateful decision to issue Executive Order 9066. The exhibit does a valuable service by highlighting the Orwellian language used by the United States.

“Then They Came for Me” runs from February 18 through May 29 at the Jewish Museum Milwaukee, 1360 N. Prospect Ave. For more information, visit milwaukeejewishmuseum.org.

David Luhrssen has taught at UWM and MIAD. He is the author of The Vietnam War on Film, Encyclopedia of Classic Rock and Hammer of the Gods: Thule Society and the Birth of Nazism.