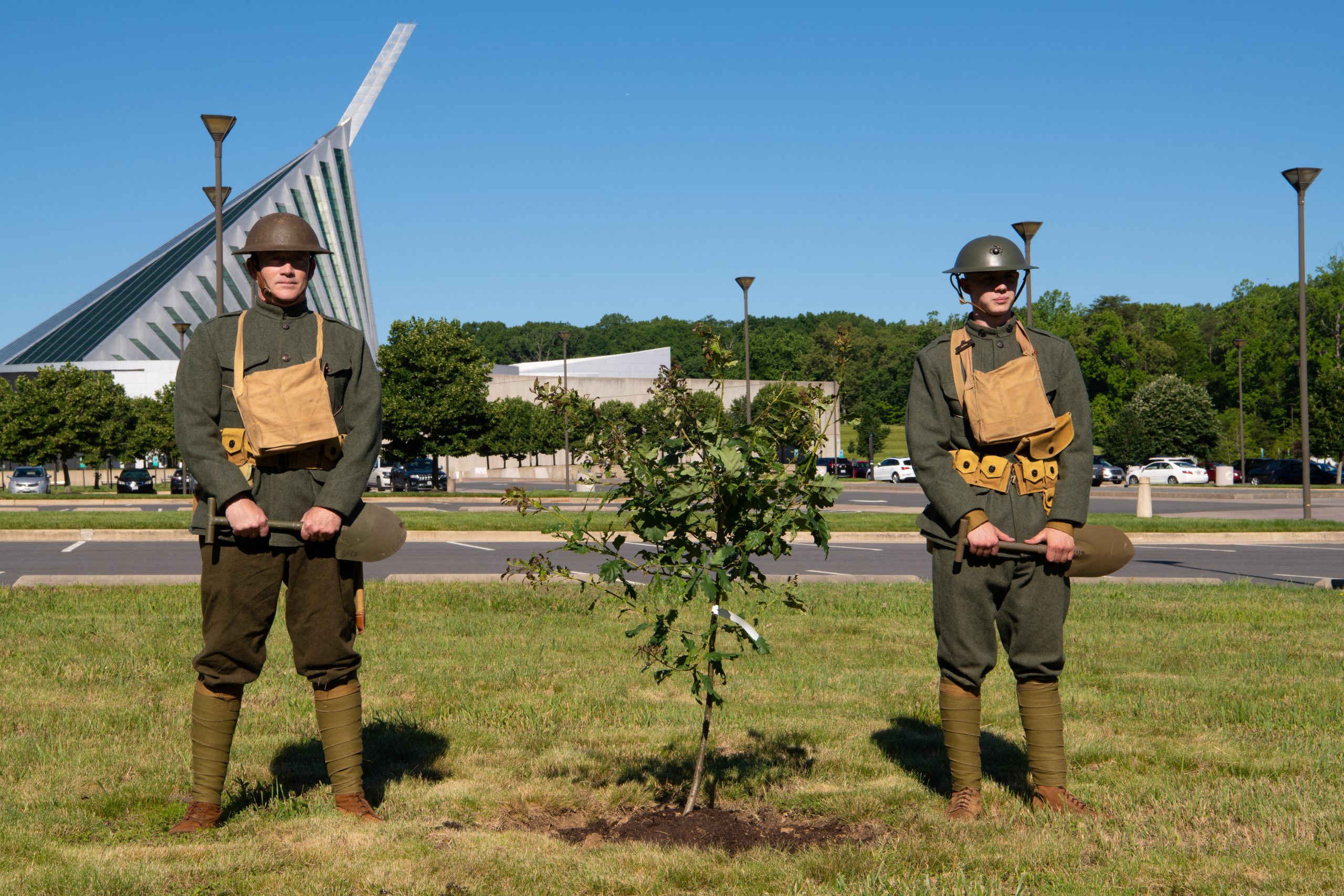 JUNE 9, 2022 – The ancestors of the trees from the Battle of Belleau Wood now stand at the National Marine Corps Museum as a living memorial to the Marines, soldiers and sailors who fought there.

Eight trees from Belleau Wood, France, were planted on the 104th anniversary of the start of the Battle of Belleau Wood, June 6, 2022, at the National Marine Corps Museum.

The trees were planted during a memorial ceremony held to honor American servicemen who fought in the battle.

A project more than 20 years in the making, retired U.S. Marine Corps Colonel John Glitz came up with the idea of ​​importing acorns from Belleau Wood, France, the home of an oak grove that was witness to the largest and costliest battle the Marine Corps has fought. That much.

“Planting these trees allows us to bring home a small piece of what our ancestors fought to take.” US Marine Corps Lt. Col. Scott Yost, retired

The symbolism of these trees, however, goes beyond commemorating the Marines who fought in the Battle of Belleau Wood.

“I hope they are a living memorial to those who fought, and a living reminder to those of us who have since come and those who will come in the future of the great valor and willingness to do their duty under great fear in a fierce battle,” Colonel Glitz detailed, “We are proud of what they have done, we honor what they have done, and every Marine, soldier, and sailor in the future should look back and measure up to what he has done.

Colonel Glitz then spoke about the significance of the location of trees at the National Marine Corps Museum saying it is the perfect place for millions of Marines past, present and future to come and reflect on the history of the Marine Corps, but also to look inside.

“We honor them here, but also future Marines, Marines who haven’t been born yet will be able to come here and reflect on themselves…and measure themselves against what they’ve done,” Colonel Glitz said, “Just stand under those trees and think what it’s like to be a Marine.

Will the Hong Kong Palace Museum be the summer special? EJINSIGHT

The Norwegian capital Oslo inaugurates a new temple of art: the National Museum