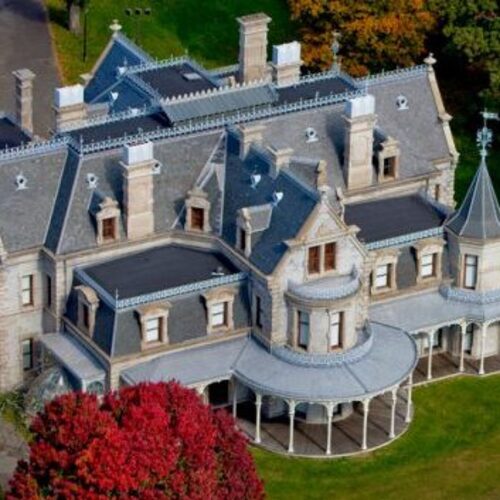 Douglas E. Hempstead, Vice President of Lockwood-Mathews Mansion Museum, Elected Chairman of the Board of Trustees, Succeeding Longtime LMMM President Patsy R. Brescia, who served for more than a decade and led the museum through a period of remarkable growth.

Among her many accomplishments, Ms. Brescia led the fundraising efforts and implementation of several major improvements to the building’s construction, including: the Department of State’s Office of Historic Preservation ADA improvements economic and community development; a new stair exit in the basement; the installation of the long-awaited elevator; and most recently, Phase III of the museum’s 2008 master plan for critical upgrades to its electrical, computer, heating, and fire prevention systems supported by the City of Norwalk and the State of Connecticut, which is scheduled to begin in 2023.

Mr. Hempstead, who has been a board member since 2003, is Vice President of Property Development at Stew Leonard’s where he has worked since 1981. Hempstead was a member of Norwalk Common Council from 1985 to 1995 and from 2003 to 2019, and served as Chairman of the Board five times. Mr. Hempstead has served as Treasurer and Vice President of the Lockwood-Mathews Mansion Museum and a member of the Greater Norwalk Chamber of Commerce Board of Trustees since 1996. Hempstead received his MBA from Sacred Heart University in 2003.

Nominating Committee Chair Gail Canlin says, “Mr. Hempstead is a highly respected business and community leader with decades of experience and I am confident he will improve the position of the Museum and help us build a sustainable future as he moves forward. The Board and I are truly grateful for his strong and unwavering commitment to this cherished National Historic Landmark.

The Museum’s 2022 cultural and educational programs are made possible in part thanks to the generous funding of the founding patrons of the LMMM: The Estate of Mrs. Cynthia Clark Brown; Leading patrons of LMMM: The Sealark Foundation; and the distinguished benefactors of the LMMM 2022 season: The town of Norwalk and The Maurice Goodman Foundation.

The Lockwood-Mathews Mansion Museum is a National Historic Landmark. For more information on tour times, exhibits and programs, please visit www.lockwoodmathewsmansion.com, email This email address is being protected from spambots. You need JavaScript enabled to view it. , or call 203-838-9799.