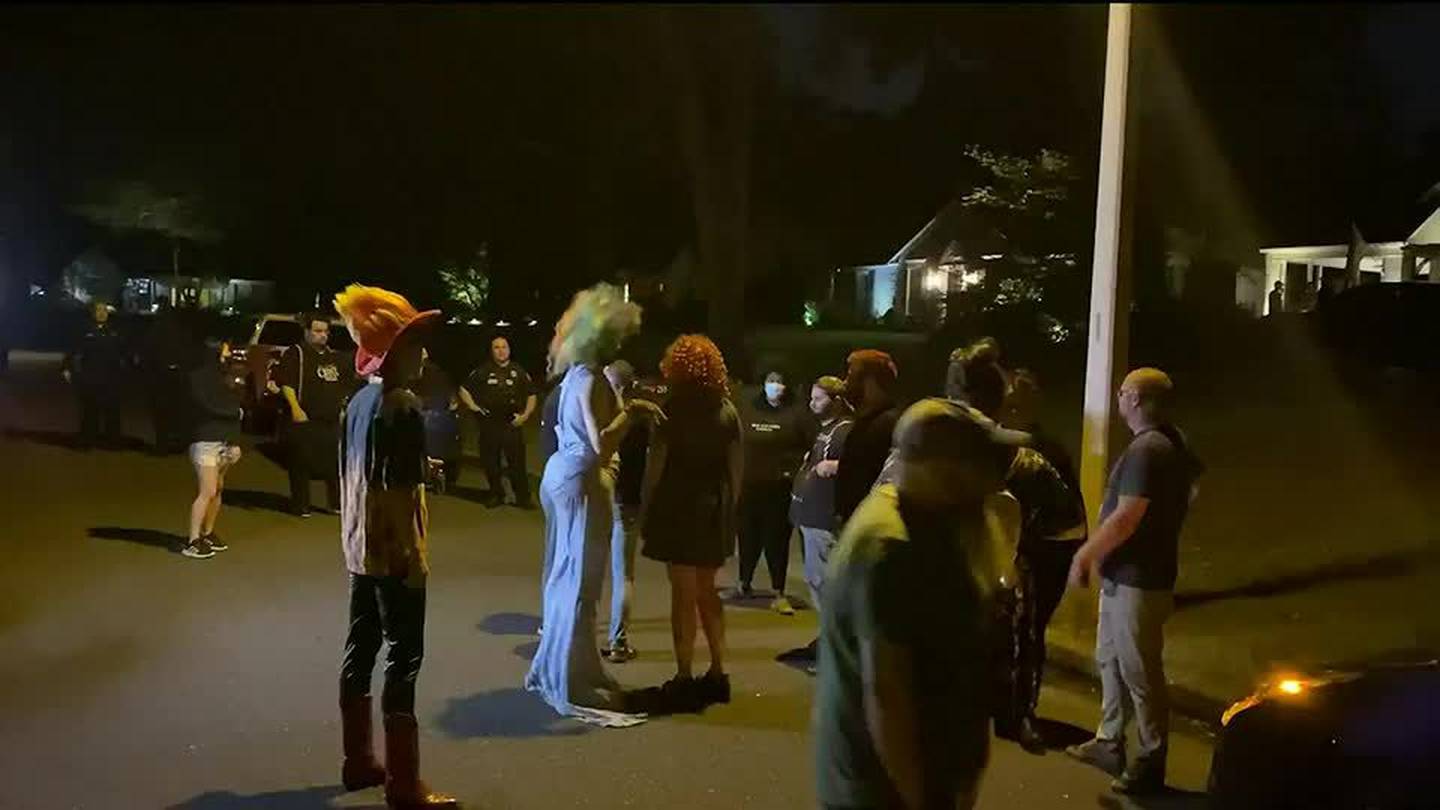 MEMPHIS, Tenn. – Memphis Museum of Science and History Executive Director Kevin Thompson responds for the first time since choosing to cancel a drag performance that celebrated the closing of an LGTBQ+ exhibit.

“We had armed people here with, you know, high powered guns. It’s just not something we want to engage in,” Thompson said.

Thompson said the museum received at least one email about a threat before the show.

“We have received emails from members of the public. We had an email that we (sent) to authorities threatening,” Thompson said.

“A lot of families mentioned on Facebook or online that this would be their child’s first experience with a queer space and that they were scared when they had to leave,” Wyre said.

Wyre said the show was a family event suitable for all ages.

FOX13’s Daniel Wilkerson asked Thompson what specific threat had risen to the level that prompted him to cancel the event.

“My security team here alerted me, ‘hey, we (had) armed protesters’ and then that there were military-grade weapons present. That’s when we made the decision to remove the event,” Thompson said.

“When we were told to evacuate, no one knew why. It was five minutes before the show. I was upset because of the heavy police presence and having to evacuate the place because it signals to young people that it’s dangerous, it’s illegal (and) it’s scary,” Wyre said.

Thompson said there were nearly 300 people at the museum at the time of the incident.

“We actually had two events that night. We’ve had 290 people choose to spend Friday night with us, and that’s phenomenal… About half each time. So in addition to the drag event, we also had Queen, a queen laser light show in our planetarium and that was sold out as well,” Thompson said.

Thompson said the museum is owned by the city.

He said protesters were allowed on the property, but not inside the building.

“We know they were on the other side of the building with military grade weapons. And so I got mixed accounts of ‘they were looking inside or checking the doors’. But at the time of the decision that night the message I got was that they (Proud Boys) were checking the doors and that made a big difference.

Thompson said weapons are not allowed inside the museum.

“Our security saw a vehicle arrive with about 25-30 proud boys. About half got out and went to the entrance side of the building. The other half they (staff) saw weapons from visible military type and then (there are) different accounts of what happened after that but, yeah, that was the main concern, you know, people who were here came to enjoy an evening at the museum , not to engage in some sort of firefight with the armed militia,” Thompson said.

Thompson admits he did not consider placing the building on lockdown.

“Things were happening fast and escalating fast…I didn’t even think about doing a lockdown, to be honest with you,” Thompson said.

Thompson said their cameras captured very little of the incident.

“Our camera system (is) something we’ve been working on. It’s a very dated building. I have three different security systems and most of them are, you know, internal rather than external” , Thompson said.

Thompson said he held a meeting with the drag event performers after the incident.

“I sat down with the artists yesterday, and, you know, the hardest part of this decision is knowing the hurt you were going to cause a group of people who were regularly discriminated against and I understand their hurt. I understand their pain and we had a discussion about it yesterday it’s hard and it’s the worst part of the decision it’s a no way out situation but the museum is sticking to its exhibit is sticking to its programming. We are very supportive of the LGBTQ community here and they have been phenomenal to work with,” he adds.

Thompson said his staff will assess the incident and make any necessary adjustments to the protocol.

“We are looking to create a broader DEI (diversity, equity and inclusion) group that represents different aspects of our community and can advise the museum on policies and procedures and (the) big picture,” he adds. .

Download the FOX13 Memphis app to receive alerts on breaking news in your neighborhood.