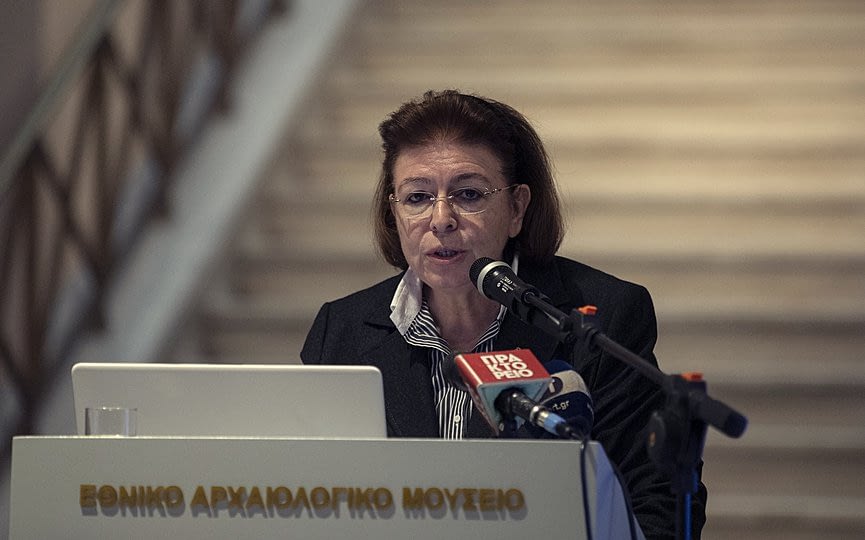 ATHENS — Culture Minister Lina Mendoni discussed recent claims by the British Museum for the Sculptures of the Parthenon, speaking to ‘Parapolitika’ radio station on Tuesday.

According to a Culture Department announcement, Mendoni called the British Museum’s claims that the sculptures were found in the ruins of the Parthenon, from where Elgin recovered them, “unhistorical”.

“These are non-historical claims. There is indisputable archaeological evidence. The metopes have been cut. That is to say, after the relief surface was cut out, the rest of the body was abandoned and thrown away, at the time when all this vandalism took place at the monument. The sawn slabs are on the Acropolis. These are fun things. These are ridiculous claims and do not support. For many years, the Greek Ministry of Culture, the Greek government and the scientific community have given clear answers,” the minister said and reiterated Greece’s permanent position.

“Greece does not accept British Museum or UK ownership and occupancy precisely because of the conditions under which the sculptures were stolen.”

Finally, the Minister described as “good practice” the agreement of the Greek government with the Autonomous Government of Sicily and the consent of the Italian Republic for the Fagan fragment, while reiterating that Greece is ready to engage in a dialogue in good faith and honest with UK.

Technology Advancement, Challenges and Growth Analysis with Forecast to 2028 – ManufactureLink