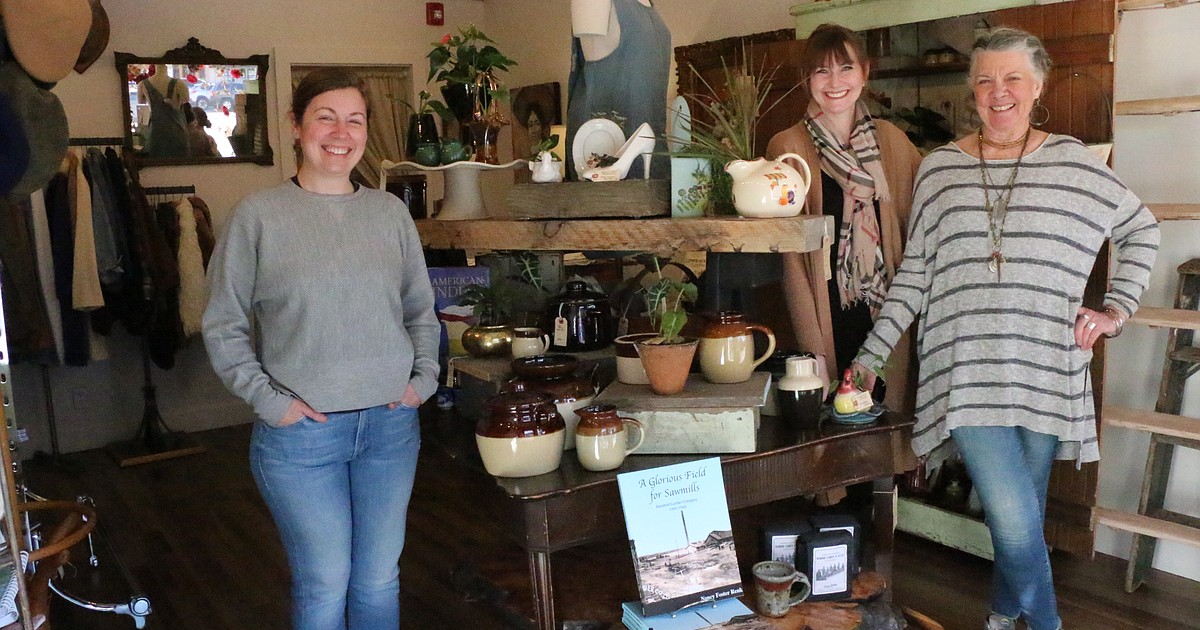 ▶️ Listen to this article now.

SANDPOINT — The Bonner County Historical Society and Museum has long dreamed of being downtown.

However, the expense has put that dream out of reach – until now.

Enter the Guild of Museums – part museum, part gift shop, part funky space with special treasures, each with their own unique story.

The guild is the “culmination” of two long-held dreams of the Bonner County Historical Society, said Heather Upton, executive director of the Bonner County Museum. The first: the museum has been hoping for years for a presence in the city center to promote local history and its exhibitions. Second: Museum officials wanted to create – and showcase – local products and books unique to the region.

“We all have a love for the museum and our community,” Upton said. “And a love for magical vintage and antique items that we all believe have a story and we want to help continue that story for this item.”

Upton met Panida’s new executive director, Veronica Knowles, around the same time retail space became available. It wasn’t long before she said they both realized the space was the perfect place for the museum to achieve both goals.

“The opportunity was irresistible, but we knew operating a downtown retail space would be a big undertaking,” Upton said.

The challenge was how to get there.

A “museum guild” was formed to turn the dream into reality – Josie and Dennis Buckmiller, Hannah Combs, Margot Mazur and Brooke Moore forming the core group – to manage the vision.

“The word guild conjures up the spirit of a group of artisans coming together for a common purpose, which perfectly describes this group,” Upton said.

The group’s combined knowledge, love of history and knowledge of antiques, art and quality products make the Museum Guild shop a special place, she added.

“I really believe the universe helped bring it all together with us,” Upton said.

Equally important to the creation of the Museum Guild is the museum’s board and its many volunteers, Upton said.

“We couldn’t have done it without their help in supporting this mission,” she added. “I’ve had so many people volunteer to work just for a day, they just want to be a part of this…it’s really like you build it, they’d come and the amount of community support has been amazing .”

The Museum Guild gives the museum the opportunity to strengthen its community presence and raise awareness of local history.

Upton said in many ways that the Museum Guild is, in a sense, an appendix to the museum itself, allowing him another space to hold some of the objects from the museum’s extensive collection, which numbers more than a million. ‘objects.

It also has the potential to support the museum’s operating budget even more than some of its signature fundraising events, Upton said.

“But perhaps more importantly, it will also be an educational space that will help tell the story of our community,” she added.

Being able to share these stories, from people at places like the Panida to “the community spirit that has driven our little town for decades,” Upton said, benefits everyone from the museum to the community to visitors.

The Guild Showcase, which faces the intersection of First and Main, gives Upton the opportunity to curate another space to showcase local history. Although the museum has been around since 1978, the museum’s executive director said she still finds many people are unaware of its existence.

The Museum Guild will sell a wide variety of ancient artifacts collected by guild members, as well as Bonner County-specific merchandise created by the museum. Additionally, the gift shop will sell a comprehensive collection of local history books, books by local authors, and playing cards with local historical photos. Botanical sketches and house plans created by local artists will also be featured.

The museum is also working to create new products, drawing inspiration from the museum’s archives, including prints of local maps, historical photos, and prints of old posters from the Panida show. Other branded products, such as a coffee blend created with Evans Brothers Coffee, will also be sold at the Museum Guild.

“Really, it’s all the very unusual items that you can’t find anywhere that are really special and have a story behind them,” Upton said.

Vintage clothing and home accessories will also be on display, as will furniture – such as benches and more – made from historic reclaimed wood. Antique furniture donated to the museum, but lacking sufficient local provenance to be accepted into the museum’s collection, will also be sold to the Museum Guild.

“We have our incredible collection at the museum, but it has a very specific scope,” Upton said. “For something to be accepted into the museum’s collection, it must tell the story of Bonner County.

“A lot of people have a wonderful object that was their great-grandmother’s that is very special to them. They just wanted to go to a good home and they want to support the museum.”

It allows them to do both – the precious object finds a new home to continue its story, and its sale benefits museum operations.

“I think that’s what will be a huge positive thing for the museum as well, because we always feel sad, like having to turn down a really fabulous object, because it just doesn’t have enough provenance to this local community,” Upton said. noted.

Forming a focal point is a poster-sized photo of one of the museum’s more than 70,000 historic photos. The photos have become a popular addition to homes and local businesses – now with the Museum Guild, Upton said the museum will create a catalog of its best photos, separated by subject. This will allow the museum to both showcase its photo collection, but also give interested people a place to browse the photos – and order the ones they like.

The downtown expansion will not mean the end of the gift shop at the museum itself. This gift shop, located at 611 S. Ella Ave., remains open and will primarily carry books published by the Bonner County Historical Society Press and other books by local authors.

Upton said the goal was to staff the Museum Guild with guild members and museum volunteers, much like how the Community Assistance League runs its high-end resale shop, Bizarre Bazaar.

Those interested in volunteering can go online to the museum’s website, bonnercountyhistory.org, and fill out a volunteer form. Those who prefer to do it in person can stop by the museum.

The downtown expansion will not mean the end of the gift shop at the museum itself. This gift shop, located at 611 S. Ella Ave., remains open and will primarily carry books published by the Bonner County Historical Society Press and other books by local authors. 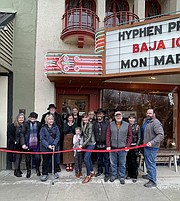