Many people in Greater Cincinnati are familiar with the University of Cincinnati’s (UC) long-standing program called “Cooperative Education”. UC had the first program in the country at the turn of the 20th century (1906) and it is still a crucial part of the curriculum for many UC academic programs. In layman’s terms, “quarters quarters Plus lays the foundation”, Cincinnati Applicant, October 11, 1976).

What is perhaps not as well known is that Thomas More College in the 1970s and early 1980s was also lauded and recognized even nationally for its successful co-op program, Sister Mary Casimira Mueller SND (later Sr. Rita Marie) was the first director of Thomas More’s co-op program. She inspired others, first in the chemistry department where she taught, and later in many liberal arts departments. Such programs were not common in private liberal arts colleges.

In the late 1970s, Thomas More received a $ 50,000 seed grant from the US Department of Health, Education, and Welfare. A second grant continued progress into the 1980s. Once the initial grant was in place, Sr Casimira handed over the leadership to Dr Jim Becker of the Department of Psychology as director, with Dr Patricia Sommerkamp as coordinator of the cooperative. Other office staff during the peak years were Catherine Luken as Assistant to the Director and Patricia Borne as Coordinator of the Career Placement Center. Ministerial liaison officers worked with this team to recruit students from a wide range of disciplines.

In articles written and delivered by Sr. Casimira in the Midwest, she mentioned having proposed the concept of cooperative education in UC’s footsteps as early as 1965, although she added that the decision was, at the era, “immediately dismissed as something undesirable. in a liberal arts college. Undeterred, Sister referred to a meeting of chemistry alumni on February 23, 1973 in which several well-placed alumni expressed interest in the partnership and agreed to serve on an advisory board. As a group, their first contribution was to help create a one-hour course called “Careers in Chemistry”. 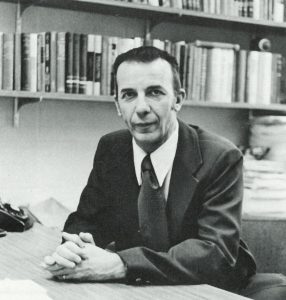 Another turning point was a cooperative education workshop at the University of Cincinnati the following fall (1974) and a meeting with Wanda Mosbacher, director of cooperative education at UC, who agreed to help launch the Thomas More program. Also internally, the next two university deans — Dr. Jim Ebben and Dr. Ron Mann — were in favor of the concept. Sr. Casimira also attended two workshops on cooperative education at the University of Detroit. Having established links with cooperative educators from other institutions as supporters has been of immeasurable help, especially as Sr. Casimira has taken the next step beyond the chemistry department to the rest of the campus (TMU Archives, Sr. Casimira documents). The two alumni who were key members of the Employer Advisory Council were David Kriege and Charles Schneider. Both were practicing chemists in the Greater Cincinnati area at the time.

In the words of Sr. Casimira: “On May 20, 1974, the TMC cooperative program was born when a student did his first semester of work at the Hilton-Davis Chemical Company… another reported at Sperti Industries in the Northern Kentucky (TMU Archives, article by Sr. Casimira Mueller on the early years of co-op at Thomas More College: draft and article submitted several times between 1978 and 1983).

In the first year, all internships were at chemical companies until the $ 50,000 grant was received “for the purpose of expanding the program to college.” The two consultants who helped take the program to the next level were Wanda Mosbacher of the University of Cincinnati College of Engineering and Donald Hunt of the University of Detroit College of Engineering, “two schools with a long history. (and a national reputation) for cooperative education.

Sister’s article provides further details on how other departments were involved, led by professors such as Rudolph Morrow in Business Administration and Economics, Dr. Frank Bremer in History, Mr. Joe Connelly in English and Dr. Jim Becker in psychology. The latter is particularly important since it is Dr Becker who would replace Sr. Casimira as the new director for the implementation of the next HEW grant. 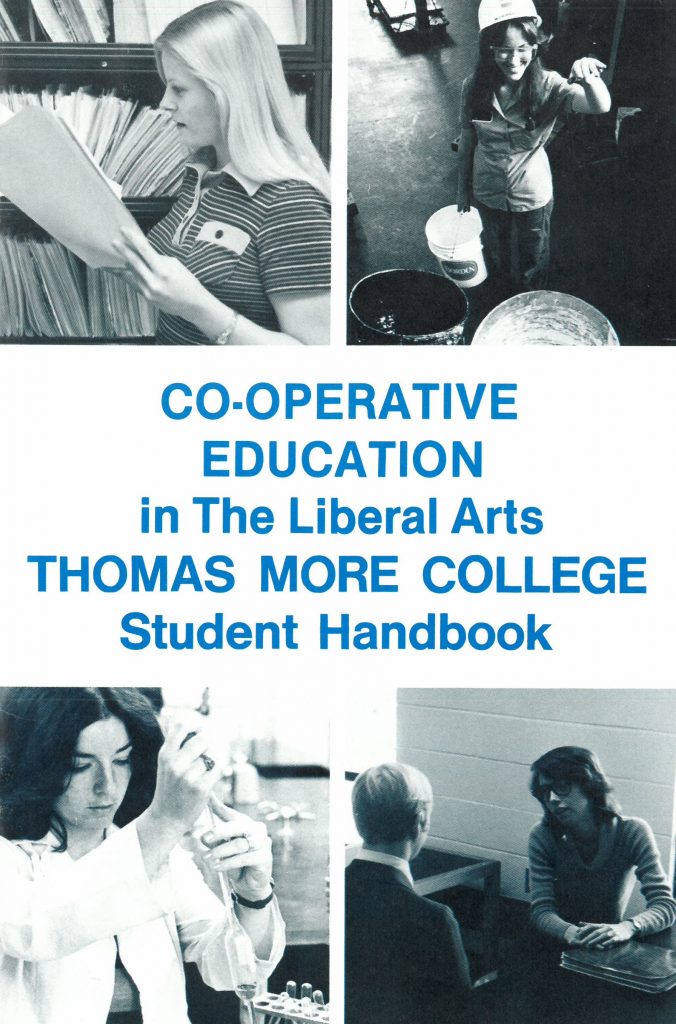 In his latest concept paper titled “Developing a Co-operative Education Program at a Small Liberal Arts College,” presented at the Great Lakes Regional Meeting of the American Chemical Society at Illinois State University (7- June 9, 1982), St. Casimira stated, “At TMC, the co-op program is truly an academic program… the staff who assist our co-op students are all ‘bona fide’ university faculty members. The director is at the level of a department chair and each of the department coordinators (across the liberal arts spectrum) is an active member of the faculty of the department in which co-op students specialize ”(p. 3). It was with great pride that Sr. Casimira Mueller, SND, succeeded in establishing a large-scale program that admirably met the needs of a small liberal arts college.

The first success was validated by the news that the Federal Department of Health, Education and Welfare had agreed to support this ministerial expansion with a grant of $ 50,000. Over the next decade, the Co-op Program (merged with Career Development) was guided by Dr. Jim Becker and his team, with input from an active Employer Advisory Board. It included representatives from influential companies in the Cincinnati area such as: US Shoe; Central Trust Bank; Levi Strauss Co.; Cincinnati gas and electricity; Emery Industries; the United States Civil Service Commission; Northlich-Stolley Inc .; and Hilton-Davis Co. The Greater Cincinnati business community was firmly behind the program, and it flourished for the mutual benefit of students and employers.

In 1980, it was noted that there were 53 internships with a total of 145 for the 1979-1980 academic year, which was “the highest total to date”. The Center, headed by Dr. Jim Becker, was called (in its heyday) the Center for Experiential Learning and Career Development. The linchpin of its success was Patricia Borne, who was also an adjunct English faculty member. In a letter dated August 30, 1978, Dr. Becker submitted to the Dean of Studies three documents reflecting the progress made by the program: A student manual for cooperative education; Procedures for experiential learning and A brochure from the Career Development Center. For a number of years there was also a Co-op newspaper, called Cooperation opportunity, edited by a faculty member in the Department of History, Dr. Ray Hebert. In the minutes of the quarterly meeting of March 5, 1980 (No. 15) of the Employers’ Advisory Council, for example, members of the Advisory Council noted the popularity of an article entitled “Employers Solidly Behind Co-op Program”. 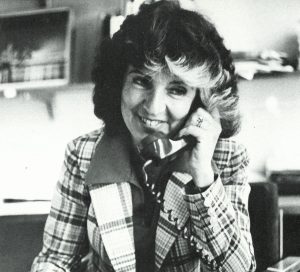 While the number of students in the program declined over time and the second grant (a $ 40,000 cooperative education grant for the continuation of Title VIII) was not followed by a third and as some staff left or moved to other positions, the concept had caught on and “co-op” was at Thomas More’s to stay. With the disappearance of several members of the “dream team”, the change meant that a greater role had to be played by the departments. Thomas More College continued the original concepts in active departments like accounting, business administration and, over time, computer information systems. As for the human sciences, the Department of History has remained active in the pre-legal and public history sectors (museums, archives, libraries). It was also important, as Patricia Sommerkamp, ​​then co-op co-ordinator, pointed out, that the development of a new co-op program at Northern Kentucky University would clearly have an impact on Thomas More’s numbers going forward (TMU Archives, Applicant article by Andy Schroeder titled: “NKU Co-op Program Boon to Students”, February 25, 1979, and Sommerkamp’s letter to several directors / board members dated February 26, 1979).

Looking back, in the mind of Founder, Sr. M. Casimira Mueller (later Sr. Rita Marie Mueller), SND, Thomas More College’s cooperative program has been invaluable to many students over the years. years who have learned to appreciate the work experience related to the field while still in their undergraduate years. As the early writings, which have never been forgotten within the Coop team, point out, “students who have participated in the program for four calendar years can earn a bachelor’s degree and graduate with the equivalent of over one year of work experience. National surveys show that co-op students receive job offers 3 to 7 percent above offers to other students upon graduation “(TMU Archives, Cooperative Education in the College of Liberal Arts Student Handbook).

Sr. Rita Marie Mueller’s contributions to the cooperative education program at Thomas More College were monumental in the early years and have never been forgotten. After retiring from teaching, Sr. Rita Marie ended her years at Thomas More in a newly created position as Director of Institutional Research and helped lay the groundwork for the creation of data that would become essential to sustaining of institutional accreditation for many years to come. .

Dr Raymond G. Hebert is Professor of History and Executive Director of the William T. Robinson III Institute for Religious Freedom at Thomas More University. He has just completed his 46th year at Thomas More and, with that training, will now be the official history editor of Thomas More College / University from 1971 to 2021. With a projected title of RETROSPECTIVE AND VISTA II, it will serve immediately to that of Sr. Irmina Saelinger RETROSPECTIVE AND VISTA, the story of the first 50 years of Thomas More College (formerly Villa Madonna College). He can be contacted at [email protected]

We want to learn more about the history of your business, church, school, or organization in our area (Cincinnati, Northern Kentucky and along the Ohio River). If you would like to share your rich history with others, please contact “Our Rich History” editor Paul A. Tenkotte at [email protected] Paul A. Tenkotte, PhD is professor of history at Northern Kentucky University (NKU) and author of numerous books and articles.

A missing poet, a textile artist and ...