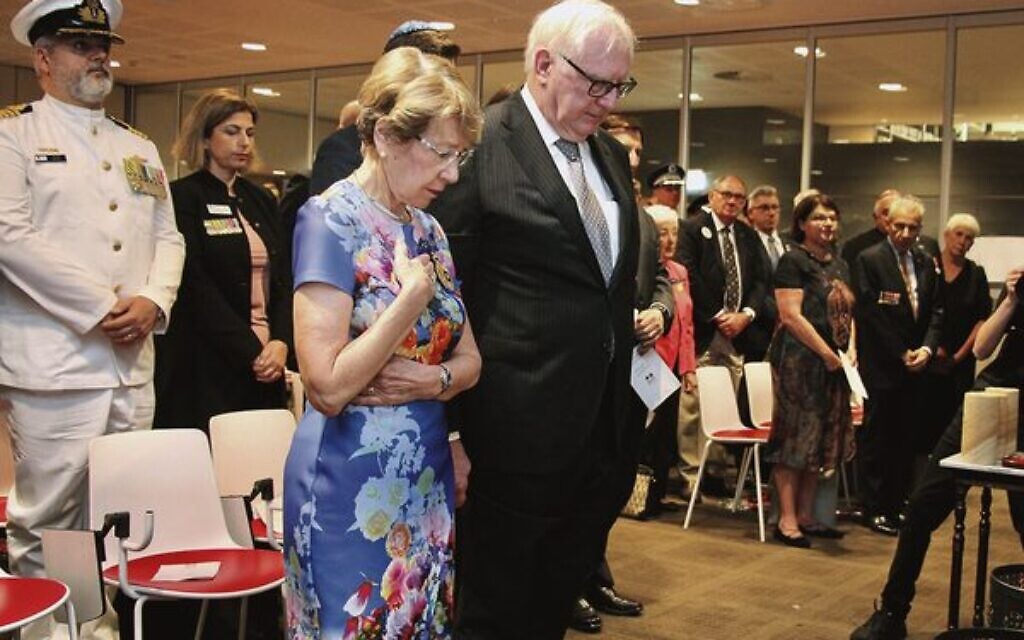 NSW Governor Margaret Beazley said the Prayer for Service Members, laid a wreath and presented awards to young people last Sunday at the NSW Association of Jewish Service and Ex-Service Men and Women (NAJEX) since 2019.

Held at the Sydney Jewish Museum (SJM), the well-attended service was introduced by Great Synagogue Rabbi Dr Benjamin Elton, who revealed a new member of his congregation, a man in his 30s, had served in the Australian Defense Force, in peacekeeping operations in the Solomon Islands.

“It can be easy for the general public to mistakenly think that commemorations such as today’s are only about events long, long ago,” Rabbi Elton said.

“Truly, there are veterans of all ages, as we are reminded every year at this service, when they are asked to stand.

“Today’s service is not an exercise in history, but in memory…and as a Jewish community, we are uniquely trained to do just that.”

Prayers, wreath laying, Ode to the Dead recital, lighting of memorial lights, the Last Post performed by bugler Samara Freedman of Moriah College, and a minute’s silence in memory of fallen Diggers, were moving elements of the service.

Guest speaker Kevin Sumption, CEO of the SJM and former CEO of the Australian Maritime Museum – whose father served in Britain’s Royal Air Force – reflected on a restoration project he led of Australia’s only floating war memorial. ‘Australia, the wooden ship the Krait, moored in Darling Harbour.

The boat was used in two daring secret raids, in 1943 and 1944, aimed at undermining Japanese ships in Singapore harbour, but the second, Operation Rimau, proved disastrous when their cover was destroyed.

“Of the 23 men who set out from Exmouth in Western Australia for a 4,000km journey on this boat, none were due to return,” Sumption said.

At the end of the service, Governor Beazley presented the 2022 NAJEX Youth Leadership Awards to a selected student from each of Sydney’s Jewish schools.

NAJEX President Roger Selby said, “It’s so nice to have so many young people attending this service – Jewish students at the 3rd Rose Bay Judean Scouts. We want you to know how important this is and how grateful we are.