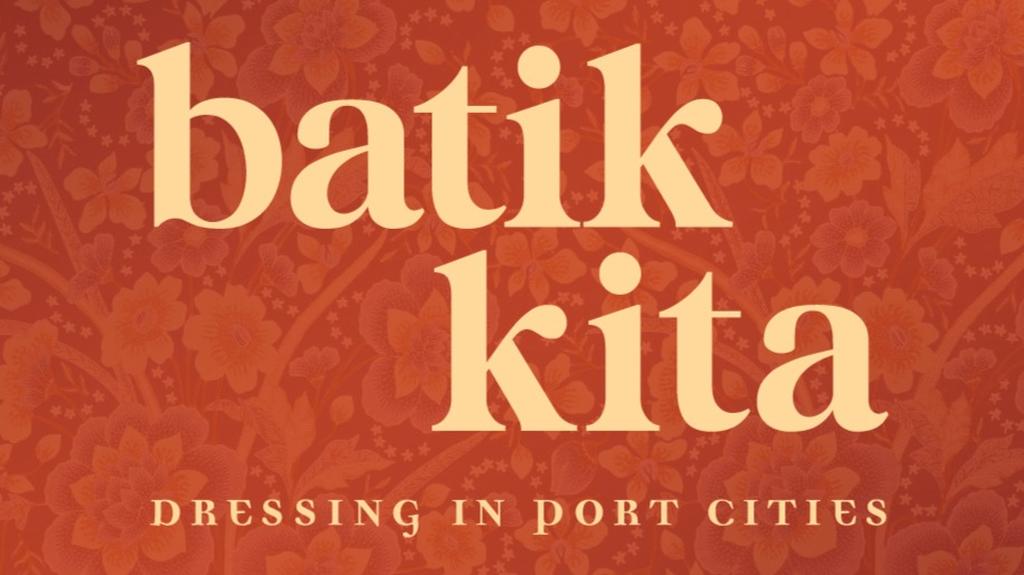 Open to the public this Friday, the fabrics and garments tell stories of how batik was made, worn and traded. Batik Kita explores the rich history and culture of batik and batik making, from its traditional roots to contemporary designs. Visitors are invited to enter an exquisite world of batik textiles that cross cultures and ethnic backgrounds.

The exhibit also showcases batikers’ innovations in age-old craftsmanship and shows how batik charted the evolution of new identities in the newly formed nations of Indonesia, Malaysia and Singapore.

Kennie Ting, Director of ACM and the Peranakan Museum, shared, “Visitors can expect an introduction to batik as a historical art form, as well as an exploration of how batik has influenced the style in our region even today. The title, “Batik Kita” (“Our Batik”) celebrates batik as a form of shared cultural heritage in Indonesia, Malaysia and Singapore, as well as greater Southeast Asia, with its textile traditions of long time. »

Tracing the development of batik through design

Batik first emerged as a highly efficient way of patterning fabrics in Java in the 17th century, and most batiks today are made and invented from the rich repertoire of patterns developed in central Javanese courts. from Yogyakarta and Surakarta (Solo).

Highlights include three pieces on loan from the Sonobudoyo Museum in Yogyakarta, offering a rare look at the traditional batiks used in Cirebon, a court located on the west coast of Java.

Besides the traditional Javanese court batik, Batik Kita offers a wide range of textiles, including pagi-sore (day-night) and tiga negeri (three-pattern) styles, fabrics with seafood and animal patterns, bangbangan (red batiks), and creative designs from Chinese-owned workshops along the pesisir (north coast of Java); as well as the use of canting (hand drawing) to write calligraphic inscriptions.

Keeping the heritage of batik alive

The second section of Batik Kita explores the transformations of batik as a fashion, highlighting batik makers past and present. The walls are lined with iron and copper batik pads made and used by IB Batek Industrial, a Singapore batik manufacturing powerhouse of the 1970s and 1980s.

While preserving batik heritage is important, batik as an art form continues to evolve with each generation. An exhibition of contemporary batik clothing takes center stage, featuring 20 loans from BINhouse, a textile company that is a primary arbiter of Indonesian batik fashion taste. Their shoulder pads pay homage to the South Sumatran style, large enough to cover the wearer’s head and body.

The power of batik as an expression of identity

The way people choose to adorn themselves goes beyond aesthetics: from wearing batik to show regional solidarity when doing business in Indonesia, Malaysia and Singapore, to the historic group photo shoot where leaders of the region wore batik at the 1994 Asia-Pacific Economic Cooperation (APEC) summit in Bogor, Indonesia, batik became an implicit display of soft power in the political arena.

Lee Chor Lin, curator of Batik Kita: Dressing in Port Cities, commented, “A large-scale batik retrospective like this has been a long time coming. Batik is enjoying a renaissance today, and I hope Batik Kita is just one of many other great batik exhibitions coming to Singapore.

What do you want to know

The Museum Mile Festival returns to the Upper East Side