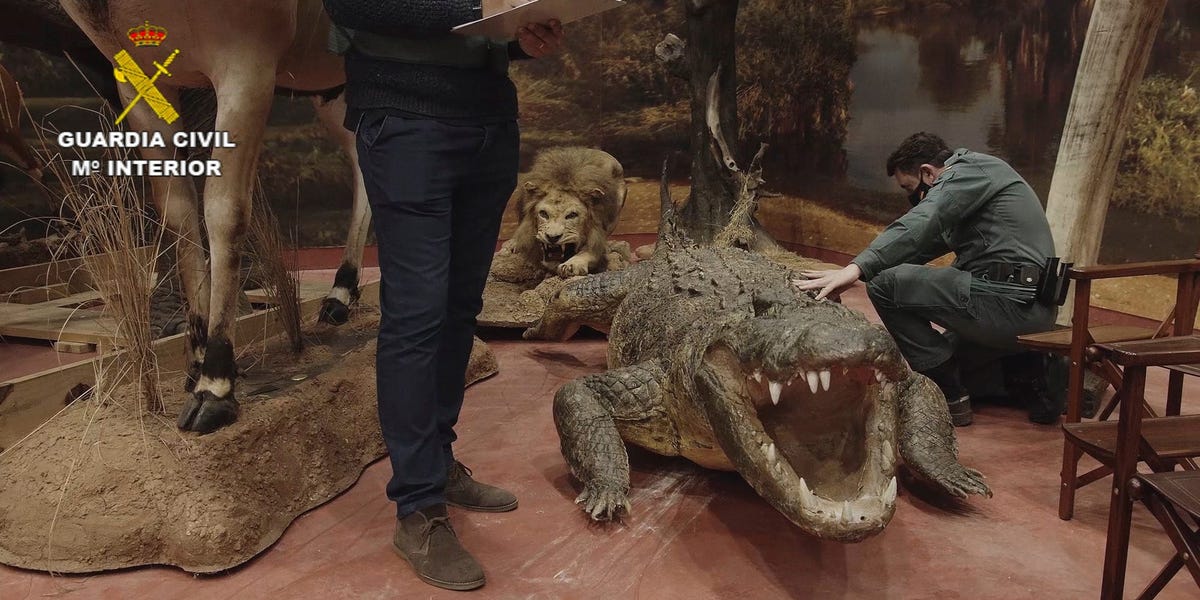 MADRID — The Spanish Civil Guard said they are investigating a businessman from the eastern Valencia region who had a private collection of taxidermy with more than 1,000 stuffed animals, including just over 400 of protected species and at least one specimen of oryx from North Africa, already extinct.

The collection would bring in 29 million euros ($31.5 million) on the black market, the Civil Guard said in a statement on Sunday, adding that its owner could be charged with trafficking and other crimes against the environment.
He said the find was the largest of the stuffed specimens protected in Spain.

Investigators found the stuffed animals in two warehouses spanning more than 50,000 square meters on the outskirts of Bétera, a small town north of the eastern coastal city of Valencia.

They included the scimitar oryx, also known as the Sahara oryx, which the International Union for Conservation of Nature, or IUCN, declared extinct in the wild in 2000, and at least two other species almost extinct: the addax, or white antelope, native to the Sahara desert and the Bengal tiger.

The Civil Guard said it would investigate the existence of documents justifying ownership of the collection.