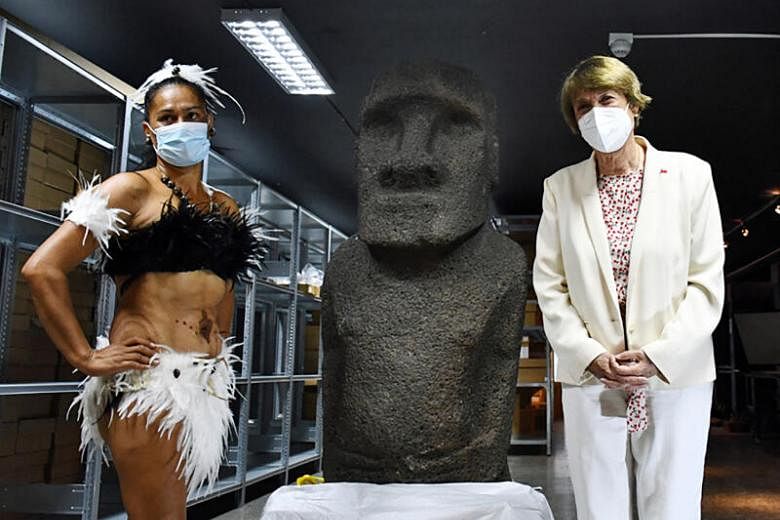 The Chile Museum will return the “head” of Easter Island

SANTIAGO (AFP) – Chile’s National Museum of Natural History announced Monday (February 21st) that it will return to Easter Island a huge stone statue taken from the Rapa Nui people and brought to the mainland 150 years ago.

The monolith is one of hundreds, called Moai, carved by the Rapa Nui in honor of their ancestors and sometimes referred to as the heads of Easter Island.

The statues are now the island’s biggest tourist attraction, carved from basalt over 1,000 years ago.

The one being returned, nicknamed Moai Tau, is a 715-kilogram giant brought by the Chilean Navy some 3,700 kilometers across the Pacific in 1870.

Eight years later, it was moved to the Natural History Museum for display.

The Rapa Nui, for whom the Moai represent the spirits of their ancestors, have been calling for the return of the statue – along with other cultural treasures taken from their island – for years.

“For the Rapa Nui, their ancestors, grave goods and ceremonial materials can be as alive as the members of their communities themselves,” a statement from the museum reads.

The return of the monolith “is deeply meaningful as a gesture to our indigenous peoples,” said museum curator Cristian Becker.

With delays due to the coronavirus epidemic, the statue will finally depart from the port of Valparaiso next Monday for an approximately five-day trip to Easter Island, the museum said, “after a complex technical and diagnostic process”. to ensure its structural integrity.

A traditional ceremony was held at the museum on Monday to send the statue to safety.

“It is essential that the Moai return to my homeland. For them (the community) and for me, this day is highly anticipated,” said Veronica Tuqui, a representative of Rapa Nui.

Back on Easter Island, the Moai will be exhibited at the Father Sebastian Englert Anthropological Museum.

The Rapa Nui community has also asked the British Museum in London to return another Moai, nicknamed Hoa Hakananai’a, which was taken in 1868 from Orongo, a ceremonial village on Easter Island.

In 2017, the Rapa Nui gained autonomy over their ancestral lands on Easter Island, a special territory of Chile.

Mohammed bin Rashid inaugurates the Museum of the Future