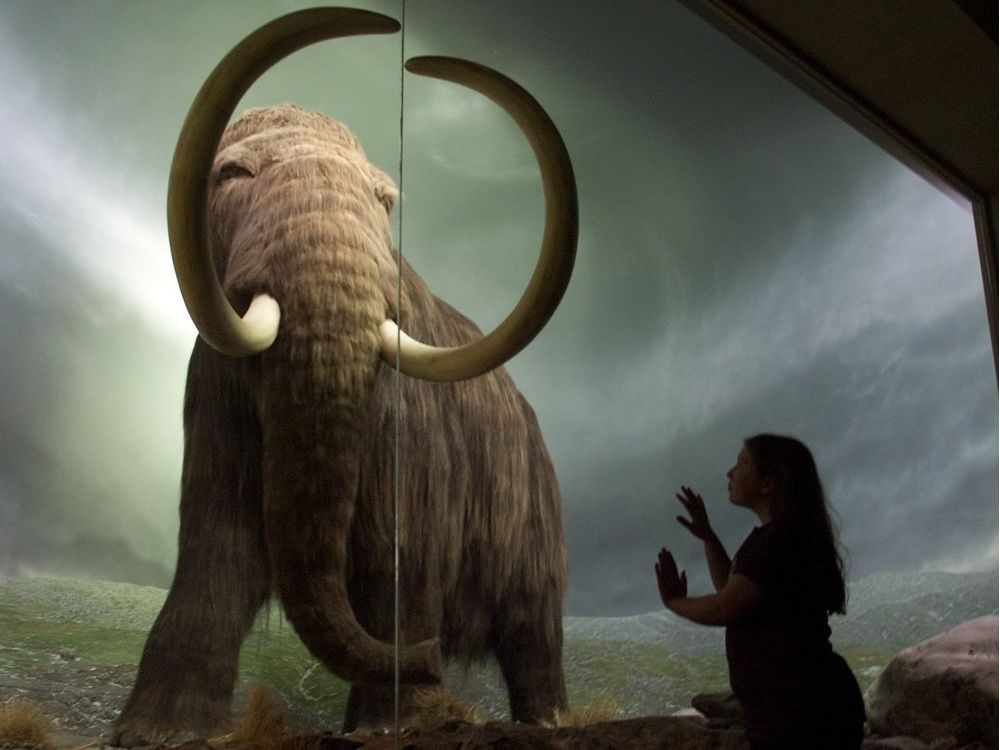 Tourists from Texas and Idaho, along with schoolchildren from across British Columbia, strolled through the Royal BC Museum’s natural history gallery on Thursday, snapping photos in front of the woolly mammoth.

At just $5, entry is about the same price as a latte at the adjacent cafe.

The cashier explained that the reduced price was due to the empty third floor that once housed the Old Town exhibit and First Peoples galleries, but was stripped in January in an effort to “decolonize.”

The half-empty museum’s future remains unclear a day after Premier John Horgan announced the province was abandoning its much-maligned $789 million plan to close, demolish and rebuild the museum by 2030 .

Horgan’s about-face on what the opposition has called a ‘vanity museum project’ raises questions about how the 54-year-old institution will bounce back from being branded seismically dangerous and riddled with asbestos .

One possibility is to completely abandon the model of a single provincial museum in Victoria in favor of smaller satellite museums across British Columbia.

The Premier raised the prospect of a decentralized model for the museum that would energize rural areas of British Columbia and empower Indigenous communities to showcase their history.

“Is the location the only location for a museum?” Horgan reflects on Wednesday. “Are we going to decentralize, in response to a previous question about whether we stimulate more activity in rural areas, and take some of these artifacts and return them to the territories where they came from, whether they are indigenous or not? So I think there is a big opportunity to reduce costs as a result of these conversations.

Bruce Williams, CEO of the Greater Victoria Chamber of Commerce, said that although Horgan made the right decision to stop the demolition, he is concerned about the prospect of Victoria losing an anchor attraction.

“We hope that rumors or gossip that this actually leaves Victoria does not occur, as it would figuratively and literally leave a big hole in our tourism economy,” Williams said. “The tourism sector has just gone through arguably the worst two years in its history. And to add to that, removing this anchor tenant from this region would be disastrous.

If the original teardown and rebuilding had taken place, the museum planned to take exhibits on the road during its eight-year closure. It is unclear whether the idea of ​​satellite exhibits is still valid.

Royal BC Museum CEO Alicia Dubois initially agreed to an interview with Postmedia News, but suddenly canceled on Thursday.

The Ministry of Tourism said in a statement that the museum will consider how best to use the space until plans for the museum are finalized.

“The museum continues to provide British Columbians and visitors with additional opportunities to enjoy the galleries, including webinars, traveling and satellite exhibits, and e-learning. The museum has also captured the galleries – including the Old Town – via a 3D tour, which will be released online this year.

The province will move forward with the construction of a $224 million archives and collections building in Colwood, a suburb of Victoria. With a completion date of 2025, the building will eventually house many of the artifacts currently stored in the museum’s 14-story Fannin Building wing.

The museum is also in the process of repatriating objects belonging to indigenous communities.

Tourism Minister Melanie Mark, who is Nisga’a, Gitxsan, Cree and Ojibway, said in May that returning the totem pole that belongs to the Nuxalk First Nation is complicated because you have to remove the walls to get it out. Nuxalk hereditary chief Snuxyaltwa, also known as Deric Snow, is suing the Royal BC Museum and the BC government for failing to return the pole carved by his great-grandfather, Louis Snow.

Horgan pointed out that the museum is in desperate need of renovation, but he is not in favor of a renovation because it is impractical and dangerous to demolish asbestos-filled walls while still open to visitors.

A business plan released by Mark on May 25 showed that refurbishing the building – which lacks space to host world-class exhibitions, is seismically unstable and houses invaluable materials below sea level – would cost as much as tearing it down and starting over. .

With white drywall closing off access to the third floor, the rest of the space is limited to a haphazard assortment of wartime exhibits on the incarceration of Japanese Canadians, a multimedia project on social distancing COVID and the decades-unaltered natural history exhibit featuring replica wildlife.

Asked Wednesday how the museum can revitalize itself given that the third-floor gallery has already been stripped bare, Horgan said there were seven million artifacts “and some of them haven’t seen the light of day for generations”.

“So I don’t believe there will be any difficulty in filling the spaces in the exhibition hall to ensure that there is a very full and complete flavor of the whole history and tapestry of this that makes British Columbia so unique,” ​​he said.

The museum will undertake a province-wide consultation process to hear the ideas of British Columbians on the future of the museum. Details have yet to be released.

Geneva Standbridge, a teacher with British Columbia’s EBUS Academy distance learning program, toured the museum Thursday with a dozen students and parents. She was glad that Horgan had listened to the feedback and heard that now was not the right time for such an expensive undertaking.

Victoria student Fred Jennings, 13, said he was saddened by news that the museum would be closed for eight years.

“There hasn’t been a museum for a long time,” he says. Asked about his favorite exhibit, Jennings answered Old Town. Students love interactive and immersive exhibits, he said. If he had a say in what will replace the old town, he would like to see a recreation of Fort Victoria, a Hudson’s Bay Company fur trading post.

Reflecting on the public reaction that led to his takedown, Horgan, a frequent visitor to the museum since childhood, said he couldn’t bear to see a provincial treasure turned into a political football or a “laugh line at a party or on the football field”. .”

He remains “relentlessly optimistic” about the future of the institution, whoever and wherever it is.

More news, less ads: Our in-depth journalism is possible thanks to the support of our subscribers. For just $3.50 a week, you can get unlimited, lightweight access to the Vancouver Sun, The Province, National Post and 13 other Canadian news sites. Support us by subscribing today: The Vancouver Sun | Province.

Sign up to receive daily news from the Vancouver Sun, a division of Postmedia Network Inc.

Thank you for your registration!

A welcome email is on its way. If you don’t see it, please check your spam folder.

The next issue of Vancouver Sun Headline News will soon be in your inbox.

We encountered a problem during your registration. Try Again