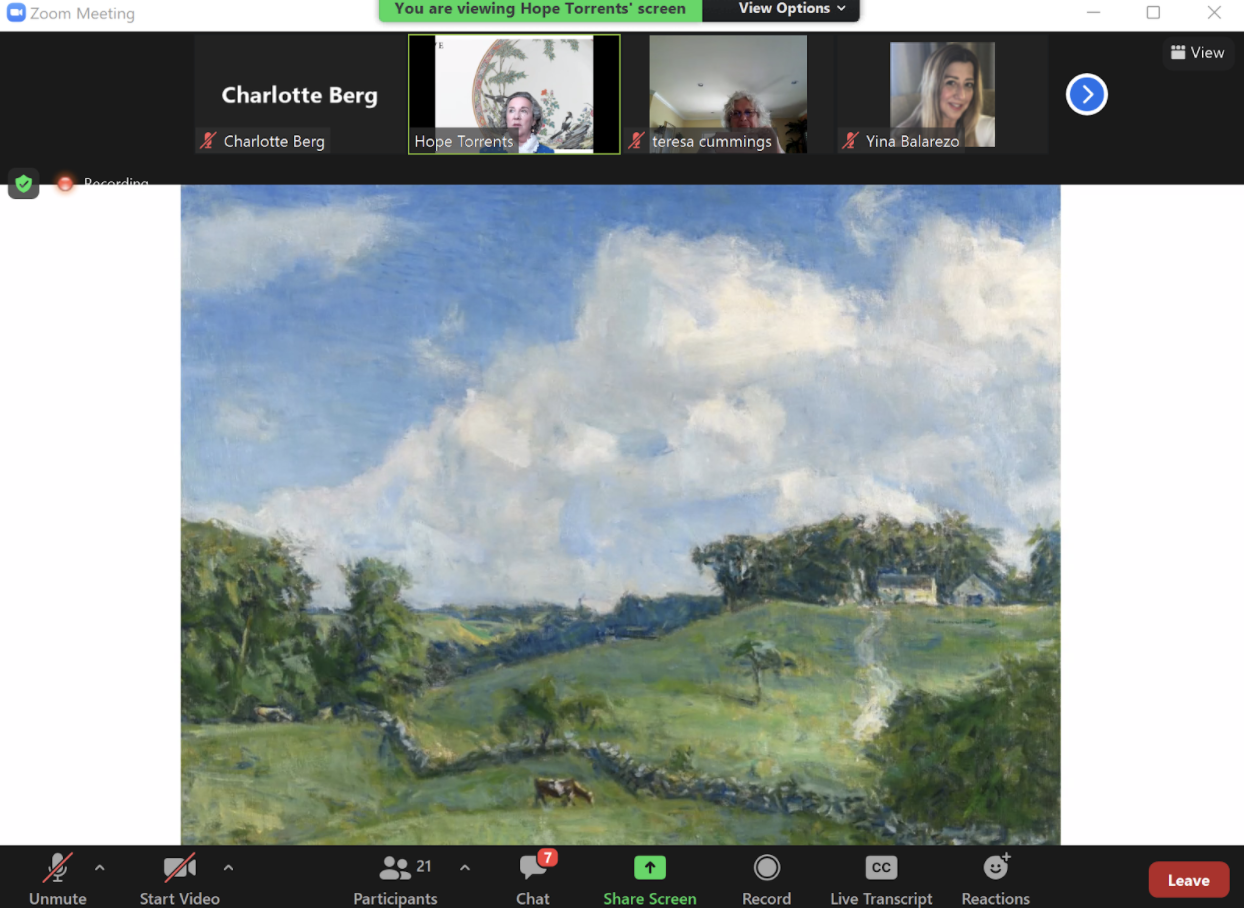 Since the onset of the coronavirus pandemic, the Lowe Art Museum’s Art of Mindfulness event has taken place weekly on Zoom.

Last week, event attendees focused their attention on the oil painting “A Clearing in June” by Charles H. Davis. The free event lasts one hour and features a guided mindfulness exercise with a focus on a painting from the museum’s collection.

Participants performed calming breathing exercises and used the painting’s idyllic pastoral landscape to anchor themselves in the present instead of focusing on external stressors. Hope Torrents, event manager, museum educator and co-founder of The Art of Mindfulness, read Elizabeth Bishop’s poem “An Art” aloud.

The idea of ​​the art of mindfulness, according to Torrents, originated in 2015, when she and Jodi Sypher, a faculty member in Lowe’s education department, contacted UM’s professor of law, Scott Rogers, on leading mindfulness sessions at the museum.

After a few successful years of the Rogers-led program, the museum also hired Alice Lash, a meditation instructor and mindfulness coach who owns Mindfultime in South Miami.

The initial success of the program prompted Torrents and Sypher to consider modifying it to suit its unique museum setting.

“We also wanted to bring the artwork from the Lowe’s collection into practice,” Sypher said. Currently, Lash runs a general mindfulness session once a month, and Sypher, Torrents, or Rogers run an art-focused session the rest of the time.

The program, according to Sypher and Torrents, is unique because of its emphasis on art as well as the degree of audience participation it elicits.

“It’s just about using art as the center of attention, instead of the grass or the sounds or the multitude of other objects that people use,” Torrents said.

“What’s unique about our program is that we do it live and give the virtual community time to think together and ask questions,” Sypher said.

Attendees were asked to enter their reactions to the art and poetry used in the sessions using the Zoom meeting chat feature.

Like most of Lowe’s other programs, The Art of Mindfulness went virtual in 2020 after the onset of the coronavirus pandemic. However, the transition to virtual sessions has actually increased the number and variety of participants.

“When we had it in person, we would have a maximum of twelve people,” Torrents said. “When we started doing it in 2020, at one point we had 70 people. “

Tuesday’s session saw participants from Miami, New York and Milwaukee, but Torrents said the program has extended its reach beyond the United States alone.

When asked why the program appeals to so many people, Sypher believes it is a combination of the accessibility of virtual guided mediation and the sense of oneness the program brings. to the participants.

“People really appreciate being able to be in a community and to practice mindfulness, especially online accessibility,” Sypher said.

Despite the popularity of the program, the museum is still looking to increase attendance, especially from UM’s student body, which program organizers believe is under-represented.

“We would like to involve more students,” Torrents said. “The time at 1:00 am EDT may not be ideal for students. “

“We would like more students to come,” echoed Sypher.

The museum is currently looking for ways to increase the reach of the program with the student body, including changing the length of time it is held. However, until a consensus is reached on what time would work best for students, the program will stay at 1 p.m. on Tuesday.