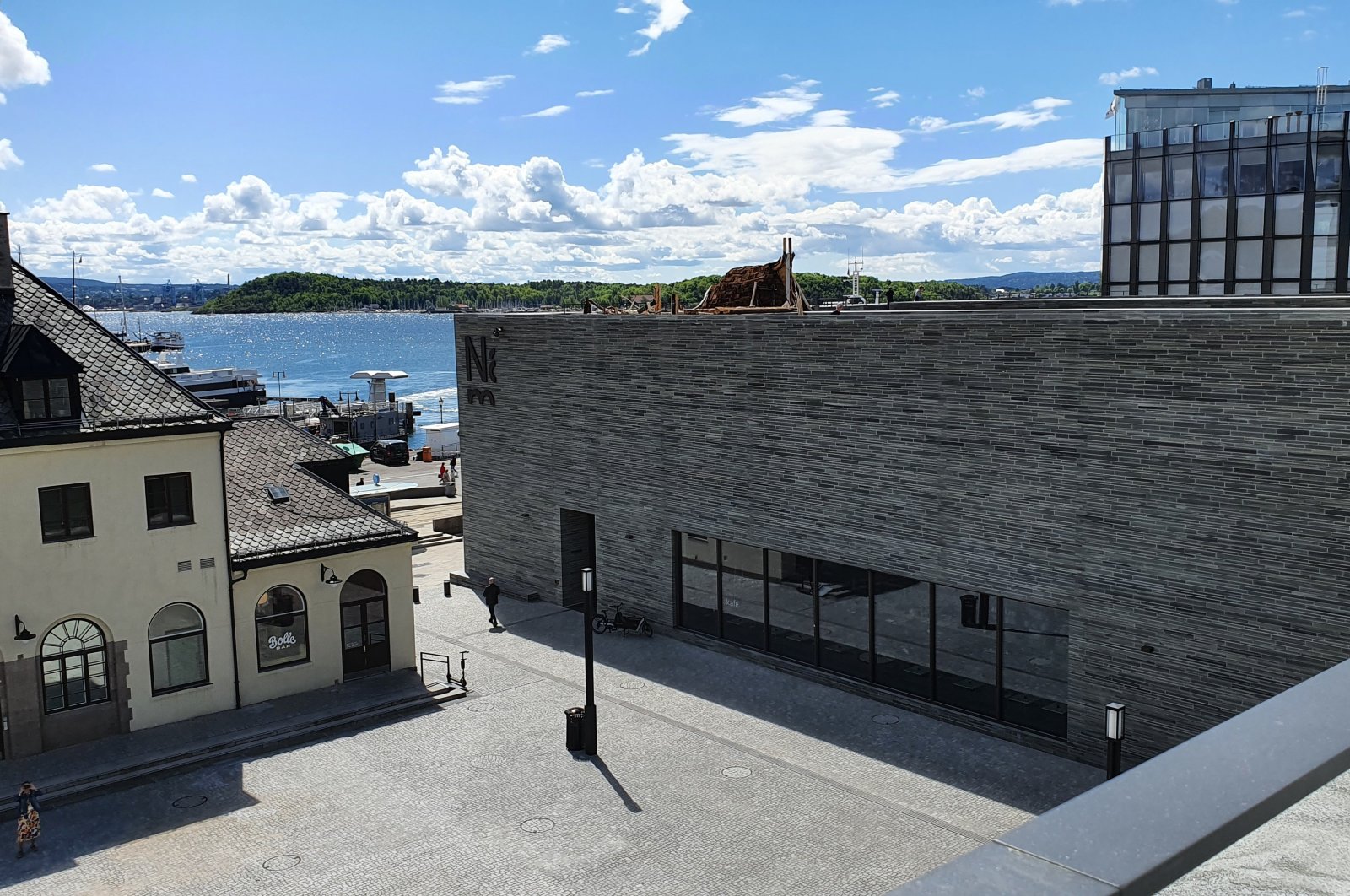 The Norwegian capital Oslo inaugurates a new temple of art: the National Museum

The Norwegian capital Oslo is now home to a new National Museum of Art, Architecture and Design with its spectacular huge building, perhaps the largest in the Nordic countries.

The massive new building near the harbor is hard to miss, even though it is partly hidden by the nearby Nobel Peace Center.

Once opened on June 11, the National Museum of Norway will be “the largest art museum in the Nordic countries”, according to the museum’s website.

German architect Klaus Schuwerk claims the building was designed to last for hundreds of years.

Already in the entrance hall, you will notice that this place is of solid quality: the floor is laid in shell limestone from Krensheim, and the walls are covered with vertically cut slates and dark oak panels.

According to the architect, “the materials must stand the test of time so that the building can age with patina and dignity”. A laudable approach, but not cheap: Norway has spent some $636 million on the new museum.

A backdrop worthy of the some 6,500 works that will be exhibited here. For the first time, the collections of five institutions – the National Gallery, the Museum of Decorative Arts and Design, the Museum of Contemporary Art, the Museum of Architecture and the National Exhibitions – will be brought together in the same building, including a total of 400,000 works of art on 55,000 square meters (592,015 sq ft).

It’s no surprise that it takes days to explore this new temple of art in its entirety, with several diverse exhibits spread across 86 rooms. Besides paintings from every imaginable era, you will also find Chinese vases from the Ming dynasty, ancient busts of Roman rulers, the wardrobe of the Norwegian queens Maud and Sonja and works by sculptor Gustav Vigeland, for example.

An entire room is dedicated to Norwegian Expressionist Edvard Munch, with 18 of his paintings on display, including a version of his best-known work ‘The Scream’.

The museum has also dedicated space to more provocative works by contemporary artists, such as the 200 reindeer skulls with bullet holes hanging from the ceiling in the entrance hall.

The installation by Sami artist Máret Ánne Sara is conceived as a protest against the forced slaughter of reindeer ordered by the Norwegian government in 2013 to limit the population.

Contemporary art is also displayed in the Light Hall, which is attached to the stone building. The opening exhibition titled “I Call it Art” is aimed at young adults aged 19-24, exploring the question of why some works are considered “good” art while others are not. not, and who decides.

The works of 147 artists working in Norway which will be exhibited here for the first time have already sparked a debate before the opening of the museum. Expect to find artwork like Lena Trydal’s humorous portrait of the Norwegian royal family, in which King Harald sits on the throne in an undershirt and Queen Sonja is on the phone after a jog.

Museum director Karin Hindsbø is pleased that the exhibition is already a hot topic among Norwegian audiences: “Our vision is to make art accessible to everyone and to reflect the society and times we live in.” , she said.

From an architectural point of view, the light room, nicknamed the alabaster room by the architect Schuwerk, is also a highlight. Its 7 meter high walls are made of glass and marble cut so finely that they let in light.

Arranging artwork for display can be quite a challenge here as it’s not possible to hammer nails into the walls. Therefore, many works hang from the ceiling, floating in space.

Keep up to date with what is happening in Turkey, in its region and in the world.