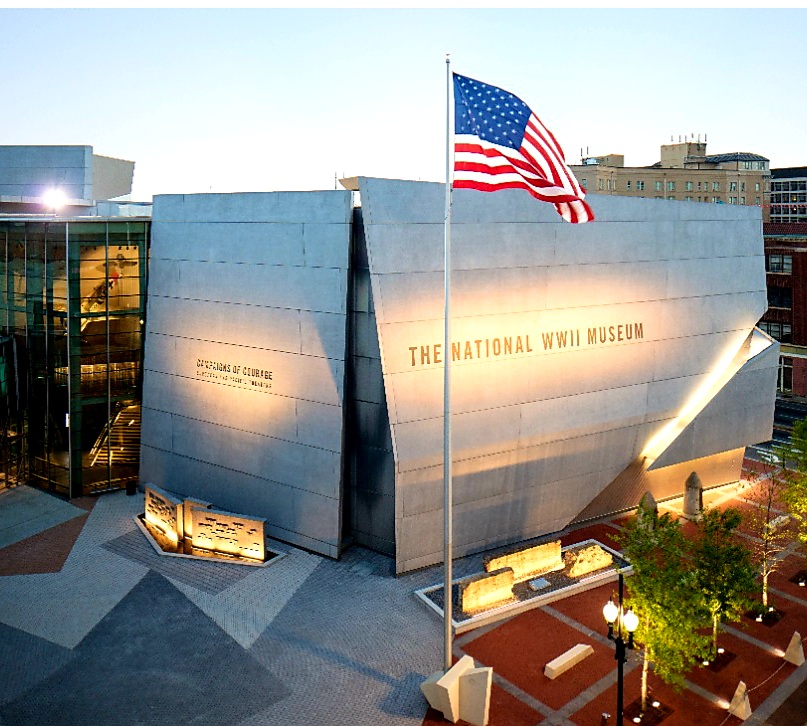 The National Museum of the Second World War, in New Orleans, Louisiana, tells the story of the American experience in “the war that changed the world – why it was fought, how it was won and what it means today – so that all generations understand the price of freedom and be inspired by what they learn. Dedicated in 2000 as the National D-Day Museum and now designated by Congress as the American National World War II Museum, the institution celebrates the American spirit, teamwork, optimism, courage and the sacrifices of the men and women who fought on the front lines and served at the Front House. This is New Orleans’ number 1 attraction on Tripadvisor!

We loved this wonderful museum. As we remembered so much and learned even more details and facts about this devastating war, we were touched by the countless sacrifices made by millions of people around the world; it was truly a sobering experience! Every exhibit and exhibit is simply remarkable. We visited the museum one day and were disappointed not to see everything, so we decided to go back a second day. I especially enjoyed the Merchant Navy exhibit and learned more about what my dad may have been through as a merchant navy crew member in WWII. And how it was after the bombing of Pearl Harbor. That’s when my uncle was drafted and later became a member of the Flying Tigers. My husband Ron, a former USAF fighter pilot and Top Gun, was impressed with the amazing aviation exhibit. Everything is so captivating! 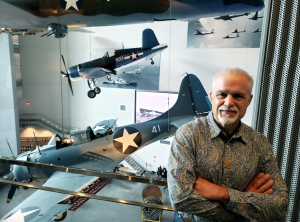 On March 29 of this year, the National WWII Museum opened the George H.W. Bush Aviation Gallery, which features a collection of six fully restored iconic World War II aircraft suspended in the airspace of American Pavilion of Freedom: The Boeing Center. Originally opened in 2013, the gallery now serves as a significant and lasting tribute to the WWII veteran, Texan, and former President Bush. 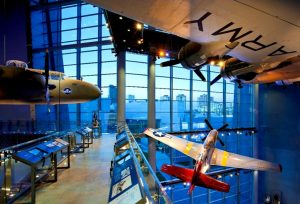 Among the aircraft on spectacular display in the George HW Bush Aviation Gallery is a General Motors TBM Avenger like the one Bush flew as one of the youngest US Navy pilots in World War II. While fighting off the Japanese island of Chichijima on September 2, 1944, Bush was the only survivor after his plane was shot down by enemy fire. He survived for hours in the ocean until he was rescued by an American submarine. He eventually flew 58 combat missions, receiving the Distinguished Flying Cross and three Air Medals before being honorably discharged in September 1945. 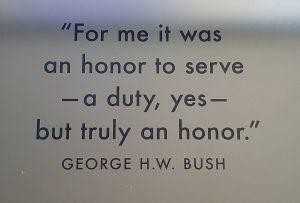 Throughout his distinguished service to our country as a former U.S. Representative, Vice President, President and diplomat, Bush remained committed to the values ​​of the World War II generation and was an early champion of the National World War II Museum. The museum’s connection to President Bush dates back to the early 1990s, when Bush agreed to serve on an honorary board of national figures supporting the museum’s initial development. The vision of University of New Orleans professors Dr. Stephen Ambrose and Dr. Gordon H. “Nick” Mueller to build such an institution was years away from realization, and the imprimatur of a former American President – and US Navy veteran of World War II – was a powerful endorsement!

The George HW Bush Aviation Gallery is one of the Museum’s most striking and impressive exhibits. Located in the airspace of the US Freedom Pavilion: The Boeing Center, the gallery features a warbird fleet which proved essential to the American war effort, including a B-17E Flying Fortress, B-25J Mitchell, SBD-3 Dauntless, P-51D Mustang and Corsair F4U-4. The planes are dramatically suspended from the ceiling with three viewing levels, providing a close look at America’s ultimate air superiority during World War II. 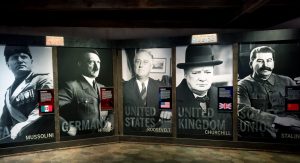 The expanded campus now includes the Theater of Solomon’s Victoryfeaturing the 4D experience narrated by Tom Hanks Beyond all borders (opened in 2009); the American Pavilion of Freedom: The Boeing Center (2013); the Courage campaigns pavilion (2015) housing his signature Road to Tokyo and Road to Berlin exhibitions; Arsenal of Democracy (2017), a major exhibition on the home front at the Louisiana Memorial Pavilion; The Higgins Hotel and Conference Center (2019); and the Democracy Hall pavilion (2019), which houses the Institute for the Study of War and Democracy and the innovative World War II Media and Education Center. And now… the George H.W. Bush Aviation Gallery (2022).

The next addition and tribute to all service members will be this Veterans Day, November 11, 2022. The National Museum of the Second World War announced a groundbreaking future addition to its campus: Expressions of Americaa one-of-a-kind nighttime sound and light experience celebrating the power of individual Americans to impact the world around them during a time of monumental conflict.

Available exclusively at the National WWII Museum in New Orleans beginning Veterans Day 2022, Expressions of America will immerse audiences in the written words, songs and personal reflections of everyday men and women who served our country in every way imaginable during World War II. Generously provided by the Bob & Dolores Hope Foundation, Expressions of America will uniquely combine the latest outdoor projection technology with war letters and oral histories from the Museum’s collection to allow audiences to experience the stories of the WWII generation like never before. 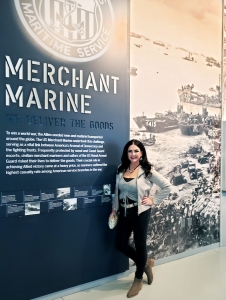 “Expressions of America will radically transform how visitors today connect with the men and women who served in World War II,” said Stephen J. Watson, President and CEO of the Museum. We are so grateful to the Hope Foundation for sharing our vision and investing in such an innovative experience that will put audiences at the center of historic moments alongside individuals like them who have helped shape the world in which we live. live today.

The Museum will always be a “salute” to Americans who died in the fight for our freedom as well as to those who returned home and made our country the richest and freest nation in the world!

And… I can’t recommend this museum highly enough. Every American should see this national treasure!

The History of Memorial Day

Memorial Day, originally called Decoration Day, began by honoring only those who lost their lives fighting in the Civil War. But during World War I, the United States found itself embroiled in another major conflict, and the holiday evolved to commemorate American military personnel who died in all wars, including The Second World War, Vietnam War, The Korean War and the wars of Iraq and Afghanistan.

For decades, Memorial Day continued to be observed on May 30, the date General Logan had chosen for the first day of the decoration. But in 1968, Congress passed the Uniform Monday Holiday Act, which established Memorial Day as the last Monday in May to create a three-day weekend for federal employees. The change took effect in 1971. The same law also declared Memorial Day a federal holiday.