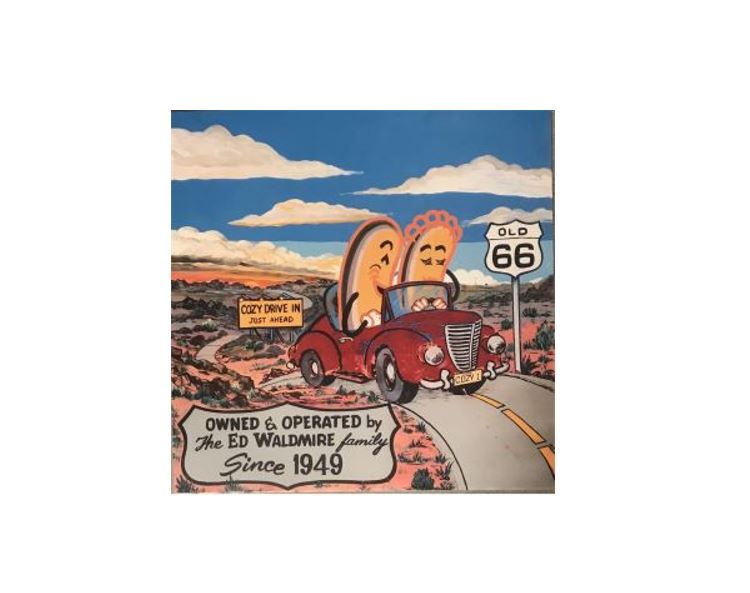 Treat Yourself: Add to the Route 66 Museum Collection

The Illinois State Museum (ISM) is announcing its Route 66 collection initiative which focuses on expanding the museum’s collections of related historical objects for an exhibit to open in 2026 celebrating Mother Road’s 100th anniversary.

The museum is looking for artifacts that help illuminate the history of Route 66, both during its glory days before the interstate system, and artifacts from those who continue to add to its history today.

Bob Waldmire’s family donated a large collection of his art and personal effects to the Illinois State Museum to lay the foundation for the collection initiative.

“Bob represented a sense of freedom and a carefree attitude towards people who were more entangled in a routine,” his brother, Edwin “Buz” Waldmire, said in a press release.

Perhaps there is no one more iconic to Route 66 than traveling artist and nomadic peace activist Bob Waldmire. Throughout the 1970s, 1980s, and 1990s, Waldmire traveled from city to city along Route 66, creating and selling artwork and postcards. Then, in 1985, he bought a 1972 Volkswagen camper van he lived in Arizona (this van later inspired the character of Fillmore in the Disney-Pixar movie “Cars.”)

The objects donated to the museum are a testament to Bob’s prolific output as an artist and his nomadic and free-spirited lifestyle. This gift includes original drawings, paintings, prints, postcards and a manual typewriter on which Bob has composed his newsletters and correspondence. Additionally, the donation includes a pair of patched cut-off shorts he wore while traveling on Route 66, a roadside display to sell postcards, and the hood of his 1965 Mustang, hand painted with a Route 66 map.

“It is an honor for the museum to receive this gift of art and artifacts from Bob Waldmire,” said Erika Holst, curator of history at the Illinois State Museum. “No one has symbolized the freedom and opportunity of Mother Road better than Bob Waldmire.”

Those interested in contributing to the ISM Route 66 collecting initiative can find out more about the items the Museum wishes to add to its collection here.

About the Illinois State Museum

Founded in 1877, the Illinois State Museum is a vibrant institution that inspires exploration of Illinois past and present to inform and enrich daily life and promote the management of cultural and natural resources. Based in Springfield with branches in Lewistown and Lockport, ISM is accredited by the American Alliance of Museums and a member of the International Coalition of Sites of Conscience. Find out more here.

Editorial: On the question of museums, compromise is necessary, but unlikely to happen