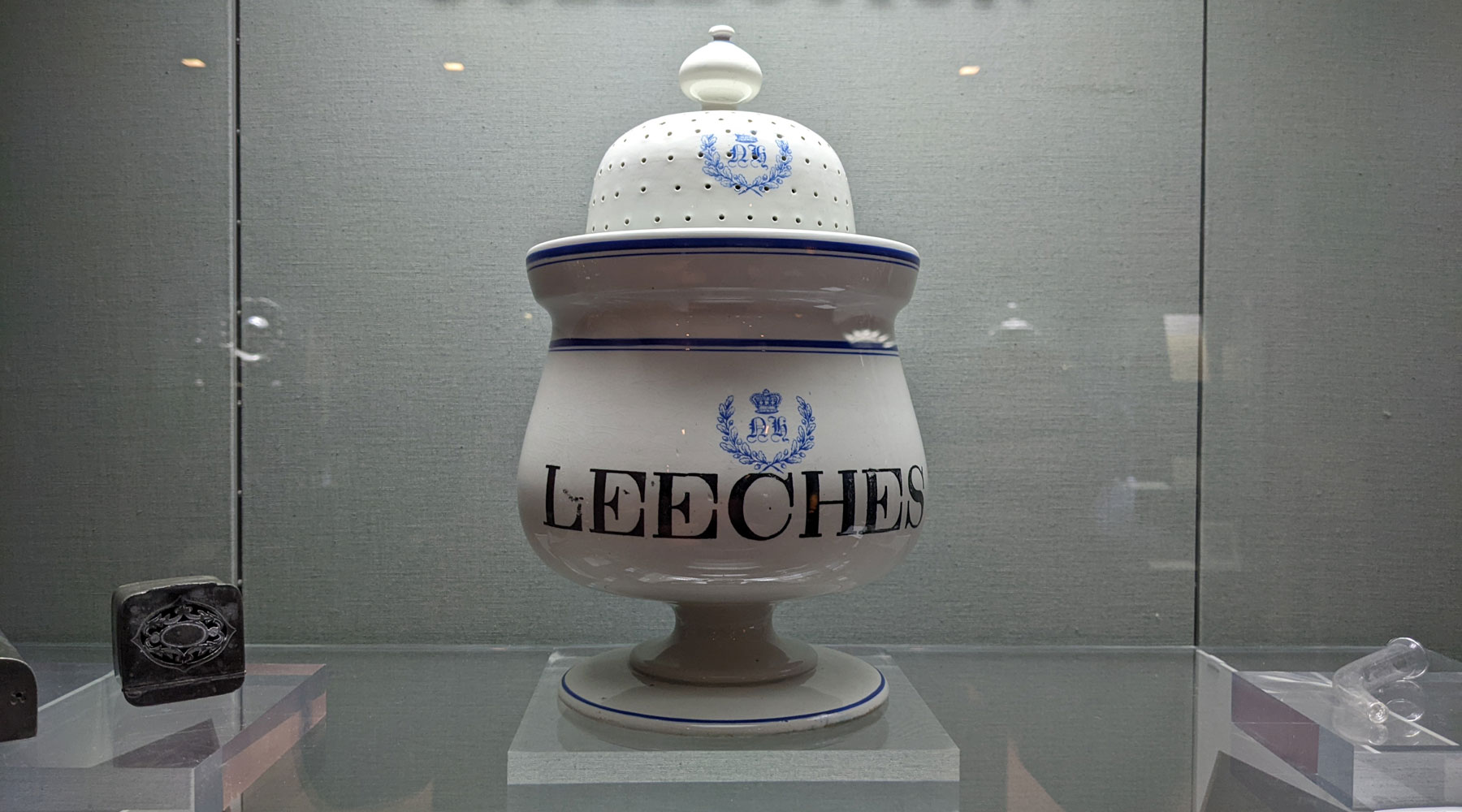 Next to Regent’s Park is an imposing modernist building, and in its basement is a large room full of medical instruments also open to the public. It is the museum of the Royal College of Physicians and exists thanks to a large donation from a private collection amassed by Cecil Symons in the 1990s.

The modernist building it is in was built in 1962 to a design by Sir Denis Lasdun, but originally without a dedicated museum. This was added in 1998, to a design also by Lasdun, after the College found itself in need of more space for its existing collection following this earlier large donation.

This is a wide range of medical kits, medicine spoons, leech pots and tongue scrapers, revealing crucial medical theories, historical treatments and the history of CPR itself. There’s a collapsible stethoscope that was designed to fit inside a top hat – for some reason, and a great collection of nipple shields, not a bit like miniature medieval military shields.

The castor oil spoons look particularly odd – they come with a lid, which I later discovered was to reduce spills, especially when I force them down the throats of unruly children.

There are also items from the time when curing people was less a matter of science and more of royal power. The power of God’s anointed kings to heal by laying hands on people. To his credit, Charles I laid hands on over 100,000 people, which, while impotent as a remedy, was not bad for a haughty monarch who despised the common people.

Besides the medical instruments, there are other objects dating back more than 500 years from the RCP, mainly the usual type of silver and gilt that all long-standing organizations tend to collect.

There’s one last exhibit, but it’s outside the museum, on the wall next to it, and it’s a large collection of pewter apothecary jars, and arranged like that isn’t that different from the way they were originally used, as the decorative designs were to be showy, and early chemists displayed them to show off their products.

The museum is one of those places that has been around for decades, but outside of medical professionals who visit the building for meetings, it’s not widely known. I spent about half an hour in the museum, and if there is an exhibit upstairs, you can add that too.

The visit is free – although at the moment you must first book a ticket, from here.

The museum is easy to find, on the Outer Circle route of Regent’s Park, and the building is very distinctive. It is only a few minutes from Great Portland Street tube station.

Jewish Museum remembers Japanese internment in new exhibit, ‘So they came for me’