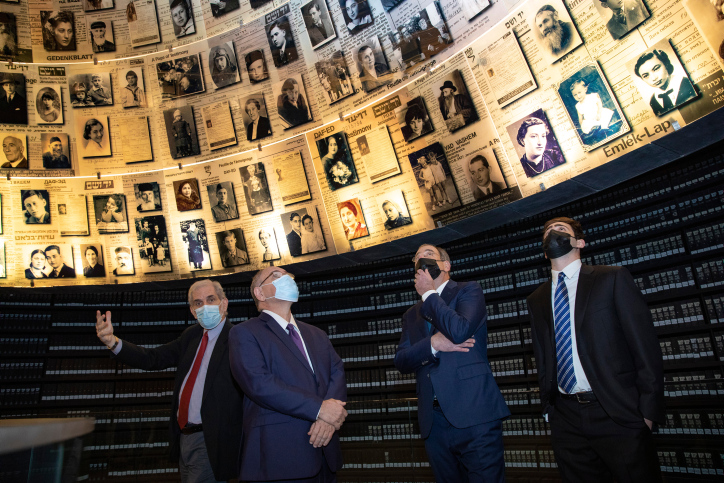 (February 1, 2022 / JNS) The president of Yad Vashem on Tuesday invited talk show host Whoopi Goldberg to visit the Holocaust Memorial Museum in Jerusalem to learn more about the causes of the Holocaust. The invitation follows a controversy that erupted on Monday after Goldberg said the ABC‘s “The View” that “the Holocaust is not about race”.

The segment in which Goldberg makes the remarks focused on the Tennessee School Board’s decision to ban Maus, a Pulitzer Prize-winning graphic novel about the Holocaust. “Let’s be honest about it…the Holocaust is not about race,” Goldberg said. “It’s about man’s inhumanity to man. That’s what it’s about.

Goldberg later apologized, saying, “As [ADL Director] Jonathan Greenblatt said: “The Holocaust was about the Nazis’ systematic annihilation of the Jewish people, whom they considered an inferior race. I was mistaken.”

“Whoopi Goldberg’s statement on the ABC talk show “The View”, just days after the world marked International Holocaust Remembrance Dayis an unfortunate indication of a fundamental misunderstanding of the nature of Holocaust and antisemitismsaid Dayan in a statement.

“We must not mince our words; people need to know what led to the Holocaust, the unprecedented murderous campaign to wipe out the entire Jewish people, their religion, culture and values ​​by the Nazis and their collaborators, primarily because of the unfounded belief that Jews were their most important and extremely dangerous racial enemy,” he continued.

While Goldberg’s apology and clarification were “significant,” Dayan said, “I extend a personal invitation to him to learn more about the causes, events and consequences of the Holocaust here at Yad Vashem, the World Center commemoration of the Holocaust in Jerusalem”.